Most adoption stories are one sided. We may hear from the adoptive parents, their struggles to conceive, the frustrating untangling of red tape-laden adoption process, and the joy of meeting their son or daughter for the first time. There are stories that adopted children tell about themselves, their life with their adopted parents and how they processed their feelings for their birth parents. Less often, we hear from birth parents and their many layered feelings about the adoption process—guilt over placing their child with another family mixed with the relief of knowing that they are, in turn, loved and cherished. But to hear from all three sides of an adoption is a rare and beautiful thing, and the documentary “I Lived on Parker Avenue” 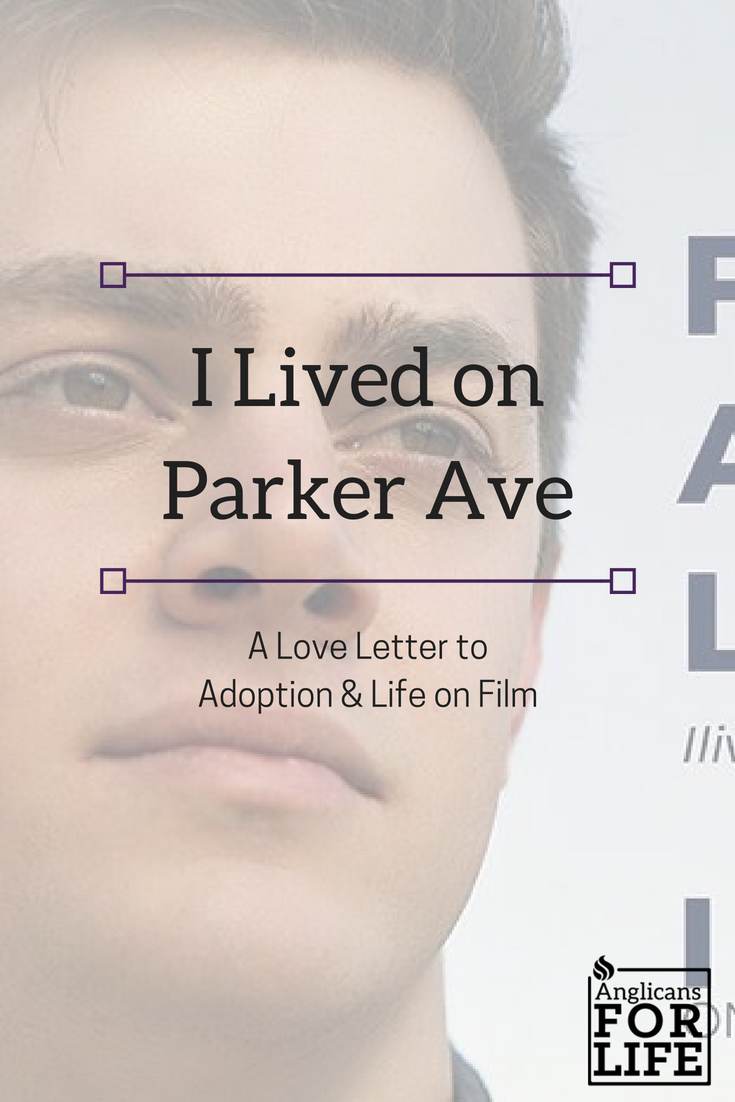 does just that. It tells the story of David Scotton and his reunion with his birth parents, the adoption journey of his parents Susan and Jimmy, and difficult choice faced by his birth parents Melissa and Brian. But it’s more than just a story of an adoption. It’s a love letter to Life, a celebration both of Melissa’s brave choice to choose life as well as the future that David has in store for him.

What is most remarkable is where David’s story of life starts—at an abortion clinic on the eponymous Parker Avenue. Melissa recounts her fears, financial and personal, that convinced her that abortion would be the best option. With a blanket over her head and radios in her ears to block the sound of those praying and speaking outside of the clinic, Melissa was brought inside…but, by God’s mercy, she heard one thing that someone was speaking—that her baby had 10 fingers and 10 toes. On the abortion table, the doctor ready to begin, Melissa made a choice to not go through with the procedure. Despite being scared and uncertain, she still wanted to give her child life, and we must thank God for that. It’s shocking how close David came to not being able to tell his story. What is even more wonderful is where David goes next—he joins the family of his adoptive parents, Susan and Jimmy Scotton, who are members of an Episcopal Church in Louisiana. It’s wonderful to see impact adoption has not only in the greater Anglican Communion but in the life of someone like Susan, who is connected to AFL!

Still, “Parker Avenue” doesn’t shy away from hard truths. While the choice to place him for adoption was the better option for David, Melissa, and Brian than the death and pain brought by abortion, the adoption did hurt David’s birth parents. They separated after the adoption and had remarried and had children and new families. But, in their separate one-on-one interviews, both indicated that they struggled with guilt and shame for having considered abortion for David and were depressed at not having been in his life. David, in turn, has his own struggles in thinking about his adoption and connecting with his birth parents. Before contacting them he asks difficult questions of himself– why did they give him up? What if who they are doesn’t fit in his life? What could have been? Melissa, Brian, and David’s worries should be a reminder to pro-life people of the need to support birth parents and to be mindful of the struggles adopted children. We see adoption as a triumph, a good resolution to a bad situation. And it often is—but it can also create complicated feelings of grief, regret, and confusion. Birth parents and adopted children need encouragement and understanding, not dismissal.

But more than a story of pain and grief, this is one of healing. When Melissa meets David for the first time, she breaks down into tears. It’s joyful but emotional. Melissa feels the guilt of her almost-abortion and had worried that he would hate her for it. David directly and simply replies: “Never.” It’s a beautiful and deeply affecting moment, for both Melissa, David, and the audience. And it’s a wonderful reflection of the deep love and healing that permeates this story. Adopted mom Susan’s wounds are healed from the death of her two young sons, who both had neurological conditions. David’s feelings of worry are resolved by a slow introduction to his birth parents through social media and letters. And Brian’s depression and regret were healed by reconnecting with his son. “I Lived on Parker Avenue” is not just about finding a home and family for one child. It’s about bringing hurting people together. Although God is never referenced in the film, there is no doubt that His presence is there.

The final image is that of a photo of Melissa, David, and Susan, with Melissa in the middle. Naturally, one would think that David should be in the center of the image, as he is what brought these two women, his mothers, together. But, in fact, Melissa and her brave choice of adoption is what brought Susan and David together as mother and son. Her decision to choose Life for David at an abortion clinic, through God’s mercy, is what binds and heals these families.

You can watch “I Lived on Parker Avenue” online at www.ilivedonparkerave.com. I highly recommend you share this film with family, friends, and your church!

Originally featured in the May 2018 edition of Carpe Diem