Assisted Suicide occurs when a person aids, encourages, or counsels for suicide. It requires at least one person being directly and intentionally involved with ending the life of another person, usually with pills or powder. It is also called “aid in dying” or “physician assisted suicide.” Legal in several countries and states, Assisted Suicide rates continue to climb nationally and internationally.

Futile Care Theory is the idea that, in cases where the doctor believes there is no hope for improvement, that no course of action should be taken. As hospitals face rising medical costs & as patients are living longer, there is real concern that health care rationing following a futile care theory will lead to some patients being deemed not worthy of receiving medical care. This could prematurely end the lives of people who would otherwise recover if given the needed care.

Advance Directives are documents meant to communicate a patient’s health care wishes should a patient be unable to communicate. The most common of these is a Living Will. Unfortunately, Advanced Directives can be misinterpreted by doctors, which could influence subsequent care. To make sure your medical care is conducted according to your wishes, it is better to assign a Power of Attorney for Health Care. For more information, visit the Patients’ Rights Council.

Caregivers can be hospice or hospital workers, nursing home staff and medical personal, or children, grandchildren, or other friends and family caring for aging or ailing patients. Caregivers are often responsible for not only administrating medicine and care but also giving comfort and encouragement to those facing the end of life. Their work can often be physically difficult and emotionally draining. Caregivers often need to be cared for, as well!

Euthanasia is defined as any act or omission that is done with the intent of bringing about someone’s death, which usually consists of the removal of life-sustaining medicine, food, or water or an intentional injection. It is also referred to as “mercy killing.” Unlike assisted suicide, legal euthanasia does not necessarily involve the permission or knowledge of the patient. The disabled and mentally incompetent are especially vulnerable to euthanasia.

Other Methods to Impose Death

Comfort Care is the process of treating patients with no hope of recovery by keeping them comfortable until their natural death. However, this could lead to patients being purposely overmedicated, hastening their deaths. This is also called terminal sedation or slow euthanasia. Palliative Care, although often used interchangeably with comfort care, is defined as relief of pain or symptoms from serious illnesses & is for people of any age at any stage or severity of illness.

Hospice helps the patient & family with a variety of services, in home or at the hospice center, and should focus on enhancing the quality of remaining life in the last stages of terminal illness. Hospice can be a blessing to families with aging & ailing loved ones, but people need to carefully research any hospice agency they are considering.  Select a hospice agency that will respect patients’ values, honor the weeks or months that remain of their lives, and not seek to hasten their deaths. 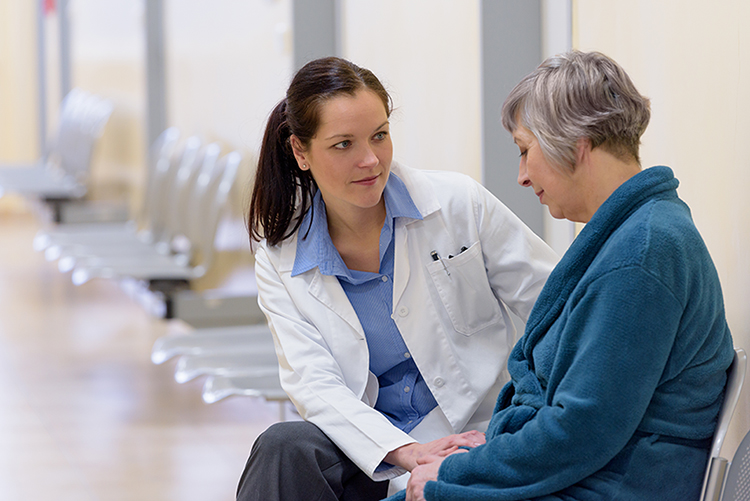 As with the unborn in the womb, our culture is placing less value on the elderly and vulnerable. Belgian pharmacies have been selling euthanasia kits since 2005, and Switzerland has created a new industry known as “suicide tourism.” Increasingly, older people in countries where euthanasia or assisted suicide is legal feel that they have a duty to die, to avoid being a burden to their children.

As of July 2016, California, Oregon, Washington, Vermont, and Montana have all legalized assisted suicide, and over a dozen states have similar laws being considered by their legislatures.

While most people think assisted suicide or euthanasia is the last resort for those in great pain, a survey in Oregon indicated that pain was not even one of the top three reasons for choosing assisted suicide. The most common reason was loss of autonomy, followed by a decreased ability to participate in enjoyable activities and loss of dignity.

What is Health Care Rationing?

As people reach the end of life, health care costs are often considerate. Health Care Rationing is the restricting of health care services on the basis of the age or perceived need of the individual, such as whether care is “futile” or not, in order to conserve medical resources. This can be localized rationing, such as in a hospital, or, as some in the medical community are considering, rationing resources for large groups of people. In his book Setting Limits aged-based rationing advocate Daniel Callahan proposed that the government refuse to pay for life-extending medical care for individuals beyond the age of 70 or 80! The moral response to this is to question how someone can determine the financial value of a human being’s life and whether or not they “deserve” care.

Isn’t it More Merciful to Legalize Assisted Suicide So People Won’t Have to Suffer?

The idea of suffering, whether it is physical, emotional, or existential suffering, is seen as unacceptable. But this does not mean that we should hasten our deaths or encourage others to do so. Just as God is the creator of life, He is also the ender of life. Instead of directing people to death, we should be encouraging them to find God’s purpose for their lives and even for their suffering. Death can never be an answer to despair, but hope always should be.