Viewing the latest video of the unfolding Planned Parenthood scandal, I reflected on our Shockwaves theme for this month; the healing of abortionists and abortion  providers and volunteers.

In this video Holly O’Donnell, an employee at StemExpress, shares how they would be advised to take the tissue, body parts and blood of aborted 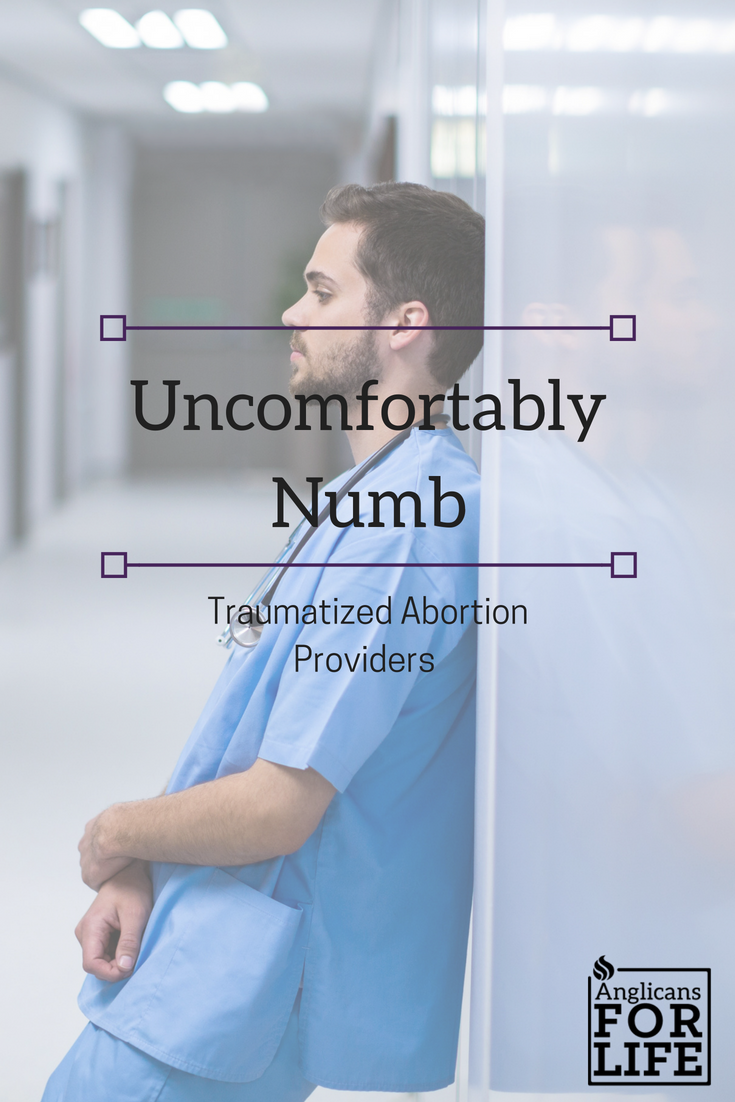 children obtained without the mother’s consent. Our first reaction is rightly horror at this desecration of unborn human life, and the illegal and barbaric practices of Planned Parenthood. But let’s also consider how exposure to this type of inhumanity affects employees like Holly O’Donnell.

I spent April 18th 2013 inside a Philadelphia Courtroom at the trial of abortionist Kermit Gosnell. Gosnell employee Kareena Cross shared how countless women with advanced pregnancies were given a drug to open the cervix so the unborn child would “precipitate”, (a medical term they used to describe the baby descending into the birth canal to its brutal death.)

Cross shared seeing one such baby “precipitated” right into a toilet bowl by her mother, alive and squirming in the waters of the bowl. In this incident the baby was taken out of the toilet with the mother present as the “medical assistant” punctured the baby’s neck with scissors to “snip” the spinal cord.

Everyone involved in this and other hellish procedures at this center, (live births and abortions with breathing moving babies were not uncommon here) experienced direct and intense psychological trauma…including the medical staff. Abortion providers may be numb by repeated exposure to these barbaric practices. (You could see this post traumatic flat affect of Cross on the witness stand.) Gosnell’s employees were being repeatedly traumatized by their witnessing and participating in the “procedures” at that clinic. Without a healing program, these employees will experience the common post traumatic symptoms such as drug abuse, sexual and relational dysfunction, nightmares and insomnia, depression, anxiety…these are natural symptoms in response to being repeatedly exposed to such atrocities.

None of this relieves abortion providers of the moral and legal responsibility for their actions. But it is important to see that Gosnell used his considerable authority as medical expert and boss as he led his employees to engage in barbaric and traumatic actions. This not only destroyed babies, and injured their mothers but deeply wounded his employee’s own souls and psyches. Many of these women were African Americans from that same west Philadelphia neighborhood. It is likely that many of these abortion providers also had abortion, sexual abuse and other trauma in their backgrounds making them vulnerable to engage in such horrific acts under Gosnell’s spell, and more likely to experience more intense symptoms.

I hope that the abortion providers center, and the jurors lawyers and other court personnel receive the counseling and support they need to process this traumatic material, and find healthy strategies to deal with any symptoms. Some of them no doubt have experienced their own abortions. In this case they would be experiencing traumatic triggering on a regular basis and have to process not only the traumatic material of the trial, but their own emotions and memories of a personal abortion.

How do the mothers exposed to this horror process the memories and feelings of participating with Gosnell in the desecration and destruction of their unborn? Without expert assistance, it is impossible. Surely more death and destruction, abuse and more abortions will follow in their tragic lives. The poor and minorities targeted by the abortion industry are by far the most vulnerable. (Keep in mind almost half of abortions are repeat procedures, a symptom of unresolved trauma.)

During the trial at breaks, sometimes right after a particularly gruesome picture or story was shared there would be some good natured joking and laughter…it was striking to me as a visitor. (I have not been subjected to this traumatic material on a daily basis as they have.) This is not because the court personnel and jurors were insensitive to the death and horror. They were merely trying to escape for a moment from the darkness they were immersed in on a daily basis. The judge, though very much in charge of his courtroom and the proceedings, seemed weary and eager for the proceedings to move to conclusion.

Kareena Cross testified that in one later term abortion of a living, breathing baby Gosnell joked “this one’s big enough to walk to the store.” Of all the gruesome details of the day that I heard, it is that casual and joking accommodation to the barbarity practiced by Gosnell that is most chilling.

The fruit of legal abortion is Gosnell. He is the natural progression of our accommodation as a society to the desecration of unborn human life that is abortion at any stage of a child’s development.

Written by Kevin Burke of Rachel’s Vineyard.  This article was originally featured on Silent No More’s Shockwave page for the month of August

What You Should Know About The Birth Control Pill

As I’ve gotten older, I have realized the importance of understanding why my body does certain things at certain times of the month. And as I’ve ...

We live in a time of intense partisan divisions coupled with a penchant for virtue-signaling. Every decision has become a statement of loyalty to...

Each month we will offer a list of action ideas so you can defend, honor, and celebrate Life in your churches and communities on our Take Ac...