Abortion has touched my life deeply in ways that, for personal reasons, I cannot share in a public forum. In addition, as a pastor for 40 years, I have known many men and women working through the profound suffering associated with abortion. I recount that history not to present myself as an expert—I am not—but to set before you my experience and sincerity on the matter.

To be perfectly honest, I’ve never stood outside an abortion clinic or felt called to participate in pro-life protest marches. My passion is soul care for those affected by abortion. For 2014, the last year reported, a total of 652,639 abortions were reported to the Centers for Disease Control and Preventi 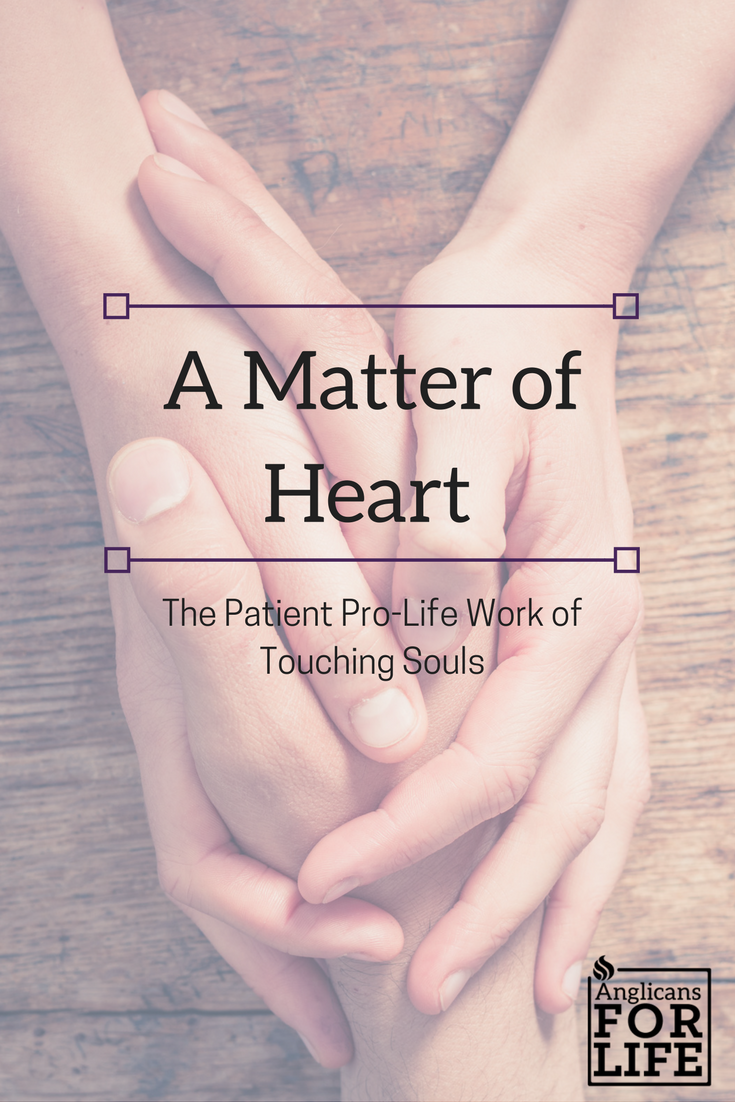 on (CDC). That number represents hundreds of thousands of additional people affected by abortion: boyfriends, parents, grandparents, siblings and friends.

I believe my calling is to those human hearts, not asphalt streets; to pastoral care, not legislation or politics—as important as they can be. Anti-life in its various forms comes from heart issues: treating persons as challenges to be solved, or issues to deal with. Abortion at the beginning of life, euthanasia at the end, and when we seriously need to get our own way, murder in between. These are issues of the heart. Legislation and social comment are not totally impotent, but neither are they determinative. The real root is the thinking and behavior that depersonalizes the practitioner and de-humanizes the persons so thought of (born or unborn). Most dehumanizing rationale comes from the need to control outcomes and therefore uses various forms of attack or withdrawal. Again, those are heart-born habits.

Obviously, there are legislative aspects of abortion, euthanasia, the death penalty, and other issues of life. And where there is legislation there are pro-life politicians, supreme court justices and lobbyists of all kinds. Many of these people are sincere public servants. But I’ve observed that abortion—and increasingly euthanasia—are political footballs thrown around to score partisan points. Some Christians are called to participate in that scrum. I honor and respect them.

I’m well aware, however, that behind the “life” issues of many kinds, real women and men are suffering—guilt in their hearts, grief in their minds, shame in their emotions, and disquiet in their souls. These are the grounds on which a fierce spiritual battle is waged. I want to make the pastoral case for persons over ideology; persons over partisan politics; persons over elections—even persons over abstract theology. I want to honor those who sit with troubled persons, who enter into their lament. I want to make it “okay” for those like me to do their work in the quiet of spiritual conversations. I’m not seeking to create an “either/or” but to set forth a “both/and” depending on one’s calling, gifts and context.

Don’t get me wrong: I’m grateful for those in the ’90s who did their best to raise awareness of this crucial cultural issue through radio and television preaching and pro-life protest marches. I applaud the pro-life movement for growing and maturing over a generation, becoming increasingly positive and hopeful in its various interactions. The movement deserves a great deal of credit for the fact that abortion is declining sharply. The latest report from the Center for Disease Control shows a drop in abortions over the last eight years to a now historic low. Late term abortions are also becoming fewer, as more abortions than ever are performed before 8.5 weeks gestation.

I am also grateful for the witness of the Anglican Church in North America in acknowledging the sacredness of life in our founding Canons. I support the pro-life work of Anglicans for Life, the life-affirming ministry that helps us as a Church care for a culture that has dehumanized life, and witness to the gift that life is.

Written by The Rt. Rev. Dr. Todd Hunter.  Bishop Hunter is the founding bishop of The Diocese of Churches for the Sake of Others and founding pastor of Holy Trinity Anglican Church in Costa Mesa, CA.  He holds a Doctor of Ministry degree and serves as an adjunct professor of evangelism, leadership in contemporary culture and spiritual formation at George Fox University, Fuller Seminary, Western Seminary, Vanguard University, Azusa Pacific University and Wheaton College.  Bishop Hunter and his wife Debbie, with two adult children, live in Costa Mesa, California.