Abortion for Fetal Anomaly: The Compassionate Choice for Mother and Baby?

Registered Nurse Lynn Smith presents an excellent overview on some key issues to consider when couples are counseled to abort their unborn child with a fetal disability.  Although this article was written in the early 200os, the Pain Capable Unborn Child Protection Act was last attempted to be passed into law in 2018.

In considering the H 4223, the Pain Capable Unborn Child Protection Act, people need to know that abortion is not a life saving, pain sparing medical procedure in the case of fetal disability.

At a February conference, OB-GYN doctor, Byron Calhoun, presented a strong case for perinatal hospice instead of termination of pregnancy for fetal disability. Not onl 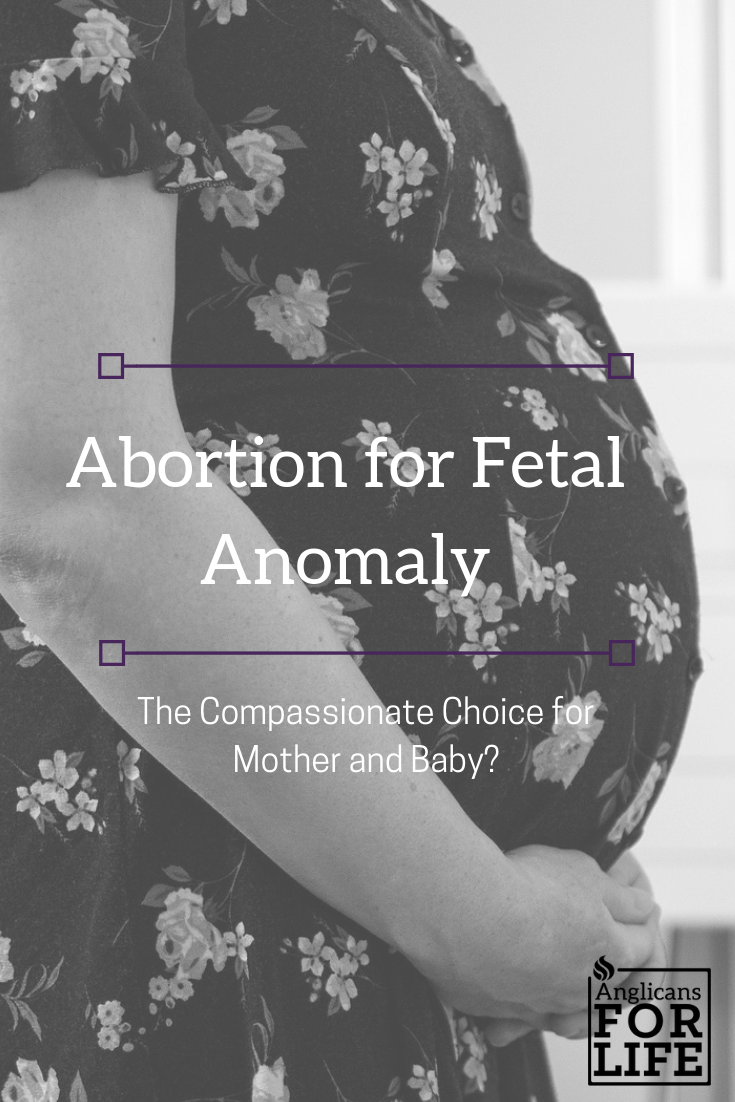 y is perinatal hospice safer for a woman and her family emotionally, but it is safer physically, for the mother.

There are 6-10,000 lethal fetal anomalies in the U.S. every year. Traditional treatment for lethal fetal anomalies is termination of pregnancy, and the reasons for such treatment are not necessarily based on sound medical rationale, but on emotion: obstetric providers’ well intentioned desire to spare the mother and the family a distressing experience, their need to “do something,” and their discomfort with bereaved patients. On the physiological level, a prudent doctor is motivated to avoid maternal complications of pregnancy and childbirth, and fear of increased maternal mortality.

The doctors’ desire to be in control, and prevent suffering, is understandable, however research reveals that termination does not necessarily prevent maternal complications, mortality, or suffering but, in fact, pregnancy termination increases the risk of physical harm and prolongs suffering. Grief after termination of a pregnancy is just as intense as after a spontaneous pregnancy loss, however, grief after termination for anomalies demonstrates prolonged consequences. A study in the Netherlands of women with termination for anomalies reviewed psychological outcomes at monthly intervals. At 4 months 46% of women had pathological levels of post-traumatic stress symptoms. At 16 months, 21% still had symptoms. Grief after termination is intense and persistent, as shown in another Netherlands study. Evaluated 2-7 years post termination, 2.6% had pathological grief and 17% had post traumatic stress.

Another study, on the other hand, shows grief with first trimester spontaneous pregnancy loss is equal to that of live birth. In the first six months of the study, there was increased depression, anxiety and somatization with the loss group, but after one year there was no difference with the live birth group.

Dr. Calhoun notes that in comparing a 1994 study to the 1998 CDC report, maternal mortality for induced abortion at 16-20 weeks is about the same as for non termination. However, the CDC itself acknowledges within its own reports that induced abortion morbidity and mortality are underreported. Therefore, it can be deduced that carrying a pregnancy to term, is the safer choice.

A well designed perinatal hospice program provides the kinder alternative of assisting the mother to carry her baby to term. Kinder to the mother, in that she was not a proactive agent in the demise of her child, and kinder to the child, allowing it to live comfortably what time it has within the womb. A 2002 analysis found that 20% of patients will continue the pregnancy no matter what the diagnosis. Two studies show that 75-85% of patients choose perinatal hospice when presented with the idea. The patients were all positive about hospice care and the opportunity to spend time with their infants, which, after delivery, lived from a few minutes to a few days.

Someone once said that you do not eliminate suffering by eliminating those who suffer. Abortion is not healthcare. Anyone who has been involved in an abortion decision, for whatever reason, if they are truly honest with their self, knows that abortion is cruel, ugly, and a desperate choice.

In so many circumstances in our society, from abortion to euthanasia, to assisted suicide, we need to recognize that killing is not compassion. The word “compassion” comes from the words that mean “together” and “to suffer.” Compassion is coming alongside those who suffer and living with them through their suffering. To suggest that death is the solution for life’s problems is to abandon them to despair. Is there a soul to our society? How do we measure our humanity? The answer is by the degree to which we care for those humans who are suffering: the weak and vulnerable, the unwanted and imperfect, the dying.

This post originally featured on Silent No More’s Shockwaves of Abortion page as a resource for the month of September.