On the Frontlines for Life – Pregnancy Centers

Try to imagine this, if you can. You are a 19-year-old woman. Your high school boyfriend left home to attend a university a few states away and, against your parents’ wishes, you followed him there. Your plan was to get a degree, marry your one true love, have a good job, and eventually begin a family together. Instead, you’ve failed out of your first semester of school, are working at a low-paying service job, developed a bad habit of drinking and partying, and broken up with the love of your life. You are alone, and you are pregnant. The world as you know it is caving in on you, and now 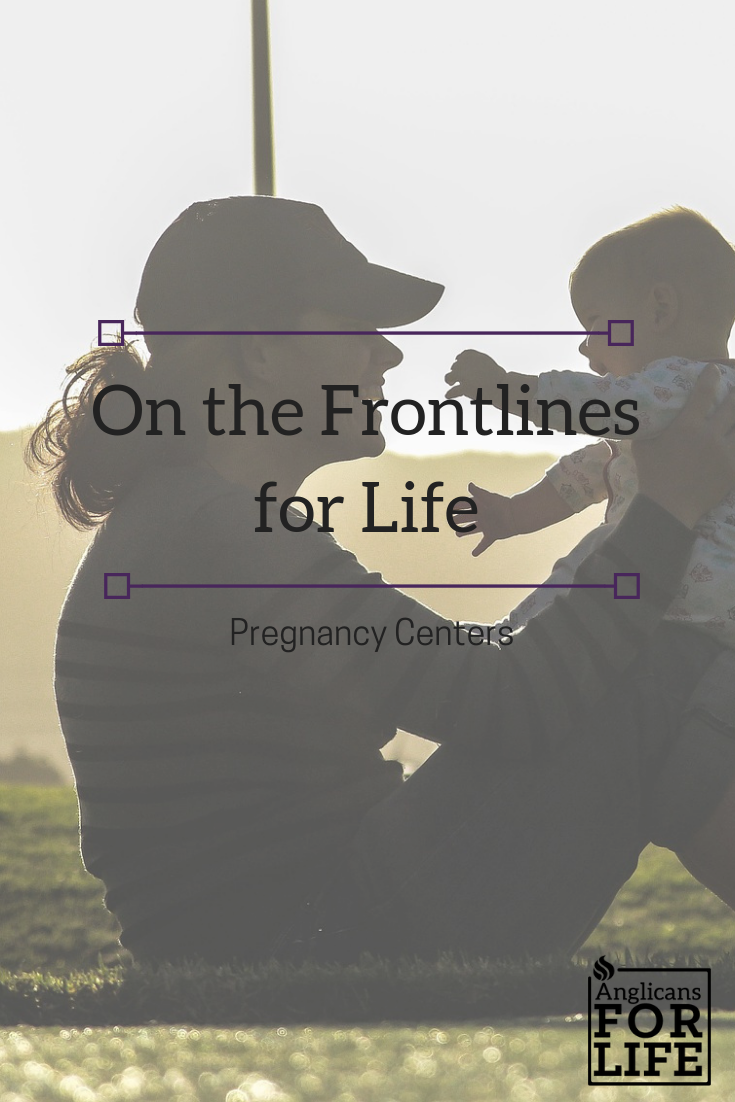 there’s this little person—no more than a clump of undeveloped cells, really—that is going to have needs and wants that you can’t meet. This wasn’t how it was supposed to be. Motherhood was something you wanted, yes, but years from now. To be a good mother you have to have the right house and husband, with enough money in the bank to pay for whatever you need, right? A friend suggested just getting an abortion—after all, she had one, and it’s no big deal. But, while you have never been actively opposed to abortion, that’s not something you ever wanted for yourself. What are you going to do now?

The above story is fictional, of course, but the circumstances for many women are all too familiar. But I think as life-affirming people it’s easy to be so caught up in the ethics of the sanctity of life that we forget the reality of it. Women don’t have abortions because they want an abortion; they have an abortion because they see it as the only option in a bad situation. They don’t feel empowered—they often feel panicked, overwhelmed, and powerless. Fredericka Matthews Greene said it best: “No woman wants an abortion as she wants an ice cream cone or a Porsche. She wants an abortion as an animal caught in a trap wants to gnaw off its own leg.”

So how do pro-life people respond to women like the fictional 19-year-old above? Just telling her “don’t kill your baby” won’t solve the dilemma of her lack of resources and support. But, thankfully, this is where pregnancy centers step in, with the goal of serving women, babies, and their families.

Perhaps you feel that I’m singing to the choir here. “I’m on this life-affirming website, of course I know about pregnancy centers.” Fair enough. But did you know that, according to a report from the Charlotte Lozier Institute (research arm of the Susan B. Anthony List) in 2017 alone, pregnancy centers provided almost 2 million people with free services, saving local communities a total of $161 million annually. That is a staggering amount of services offered, of women helped, and of lives saved. These same pregnancy centers have also provided 400,100 hours of free services from credentialed nurses and sonographers. Additionally, 295,900 moms and dads have attended free parenting courses, and more than 1 million students have attended community-based sexual risk avoidance educational presentations—all of this in the last year alone.

Why do I share all these statistics with you? For one, to demonstrate the immense practical need met by these pregnancy centers which, by the way, are largely funded by private donations and do not receive government funds of any kind, and who are staffed by trained people and volunteers who deeply love life and want to serve women in need. Pregnancy centers don’t just talk about the sanctity of life—they demonstrate it on a daily basis, by offering practical items, like baby clothing, diapers, and gift cards, delivering medical care, through ultrasounds and pregnancy testing, and caring for the spiritual and emotional needs of these women and their families. Most pregnancy centers are staffed by Christians, and there is little doubt that pregnant women can feel Christ’s love for them shining through the pregnancy centers’ staff.

But if statistics and a commitment to service isn’t enough for you, there are also heart-warming reviews left by women, about how pregnancy centers helped them:

Diana (from the Heartbeat International):

I remember going onto Google and typing “pregnant and scared” into the search engine. As I looked over the results to my search I saw one that caught my attention immediately…I came across a telephone number for a hotline which was open 24 hours so I immediately dialed and spoke to someone about some of the emotions running through my mind and set up an appointment for the following week. At a time where everything is so new and so scary, making that call gave me such a feeling of guidance because I knew that soon I could express how I felt about my unplanned pregnancy.

The amount of support I received was unbelievable. I had my first ultrasound at CareNet and the feeling I had that day from seeing my unborn child is indescribable. They helped me with many things from looking for a doctor to providing me with labor classes. It has been almost 4 years since my first time at CareNet but I can still remember that day clearly. I often think back to that day and all the wonderful staff and counselors at CareNet who helped me get through a nerve wracking time and helped me clear my mind.

Melody (from Silent No More):

I was broke and homeless and I needed help, so one day I ended up at a pregnancy center. I knew what they stood for, but still there I was. I ended up talking to the center director for hours, finally confessing the truth of what was really going on in my life. She listened and offered help but no judgement. She never once told me what I “should” do but offered to help in any way. She gave me a grocery store gift card, a gas gift card, and free maternity clothes, and I left. I was still planning for an abortion, but I was broke, so how was that really going to happen?

A month later, I got a message from the PCC director just “checking on me”…I decided to call her back. When we spoke, she actually cared and told me about classes they have at the center that I could attend to earn items that I would need. Since I wasn’t doing anything else, I went. I began to hear truths in these classes that I had forgotten (or maybe never learned); that I was valuable, that God loved me in spite of my sin, that I didn’t have to stay the way I was. I was struggling, but somehow hope was peeking through…The PCC helped me to find an adoption center that could help me and, ten days after [my son] was born, he was allowed to leave the hospital with his adoptive parents. He will be eight this year and, thankfully, his mom is great about blogging, so I get to see him all the time, laughing and playing.

So often, pro-life people are accused of caring more for the unborn child in the womb than the woman who carries him or her. Pregnancy centers stand as a direct contradiction of this. Pregnancy centers are women and family focused and seek to serve those most needing of our help—the frightened and the desperate. So, while you may already think you know everything there is to know about pregnancy centers, not everyone is so well informed. Talk to people. Share these statistics. And if you aren’t involved in your local pregnancy center, make it a priority. Pregnancy centers aren’t just part of the pro-life movement, they are its very life blood—and because of them women like Melody, Diane, and that fictional 19-year-old woman can have the strength and support they need to choose life.