It’s an unimaginable situation. A few moments ago, they were a young couple, happily anticipating the birth of their child. They had been excited to meet their young son or daughter and had envisioned so many scenarios for his or her life—when he would marry, what kind 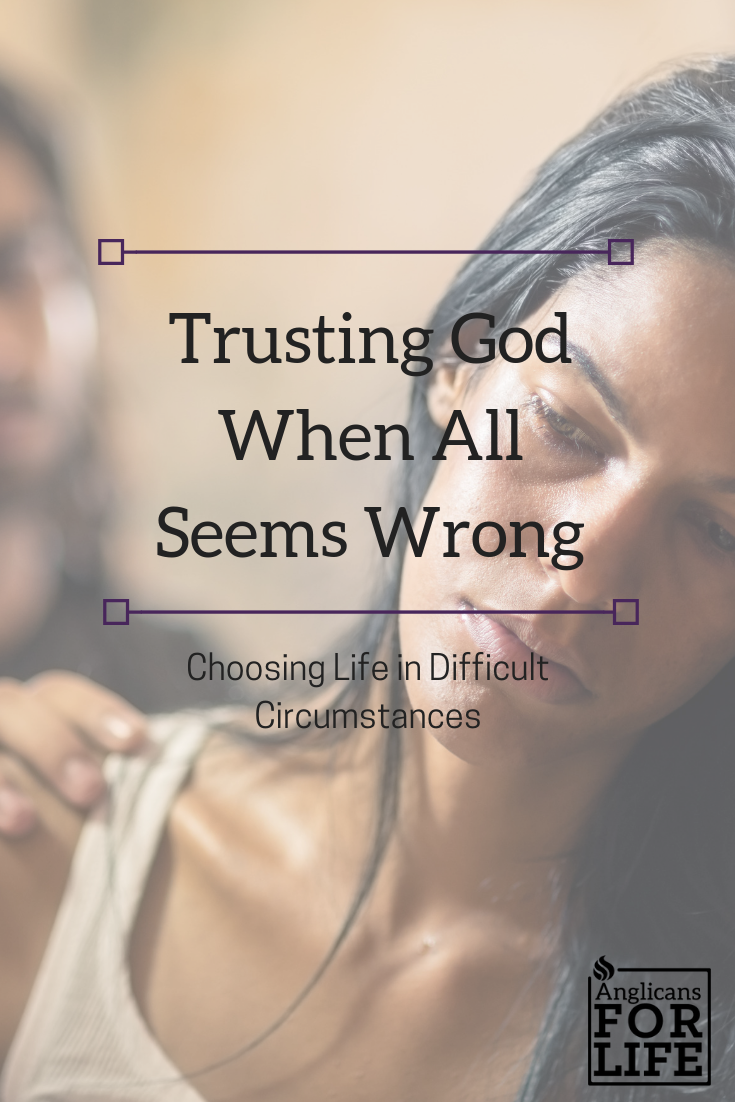 of career she would pursue. But in an instant all that changes. The doctor solemnly tells them the terrible news. There is something horribly wrong, and their choice is a terrible one—death of one life through abortion or the possible loss of both mother and child. I cannot imagine the grief and fear they must face and can only guess at the heart-rending discussions and tearful considerations.

Circumstances such as these are rare. Although statistics are hard to come by, less than 1% of all abortions are performed to save a mother’s life, and only slightly more abortions are performed for the sake of the mother’s health. But it’s the ultimate exception—many life-affirming people will say that they are opposed to abortion in all cases, excepting circumstances in which the mother’s life is at risk.

But sometimes doctors can be wrong. Sometimes a fatal diagnosis is not the end. Such is the case for Kirk and Chassidy Barker of San Antonio, TX, and their son Cameron.

Kirk and Chass were not believers when they started dating. They were living together but, when they discovered that she was pregnant, started considering marriage. They both were opposed to abortion and were excited—if nervous—about being first-time parents.

But instead of a joyous time of celebration, Chass became terribly sick during her first two months of pregnancy. “I couldn’t keep anything down,” she said, “I kept vomiting constantly… I was severely dehydrated. And I got out of the hospital and got really sick again, so I got put in the hospital for a lot longer. I had lost 42 pounds in a month.”

The doctor never ordered blood work, and Chass never received an official diagnosis for her condition. But the doctor did tell her that her survival was dependent on one thing—abortion.

“The doctor…told me I needed to have an abortion because I was going to die if I didn’t,” Chass said, “He told me there would be no complications, and I would be able to have kids. He acted like it was an everyday, normal thing that happened.”

The grieving couple did what they thought they had to—they made an appointment at The Women’s Center in Nashville, TN. They were both devastated, and neither wanted the abortion. Kirk does not even remember the drive from the hospital to the clinic. “When I look back at it now,” Kirk says, “It just tears at my heart knowing that we made a decision to kill our son.”

Before they went into the clinic, a few pro-lifers outside approached them. They did not yell or speak in anger. They pled with them to not go through with the procedure. Kirk and Chass explained the situation, and the pro-lifers prayed for them. Still, they went into the clinic, which they found to be sterile and very cold. However, just as she was about to sign the paperwork, Chass decided she could not go through with it.

“I could not pick up the pen to fill out the paperwork,” she said, “‘I cannot do this. I’m not going to kill our baby.’ And we walked out.”

Miraculously, two weeks after choosing life, Chass was healed. She was no longer throwing up and was healthy in every other respect. Their first child, Cameron, was born on September 16th, 2002. He also was healthy and had no complications. Kirk and Chass became Christians ten years later. They are the parents of younger daughter, Caitlin, and of Kirk’s older daughter from a past relationship. They are also the adoptive parents of a niece and a nephew. Kirk created the pro-life advocacy group Cameron’s Chance in 2016, which seeks to help those who are considering abortion, and has publicly shared their testimony.

Still, while there is much to celebrate in the Barkers’ story, the experience did leave emotional and spiritual scars. “It still affects me to this day, and I didn’t do it,” Chass said, “Really, it’s something that’s going to stay with you forever… I don’t know if I could have lived with myself if I had gone through with [the abortion].”

There is nothing easy or straight-forward about what the Barkers went through as a couple. Many couples just like them have decided on abortion, fearful of the potential harm caused to the mother. The Barkers message is simple: chose life and trust in God.

“No matter the circumstances, leave it in God’s hands,” Kirk said, “Pray to God that it will all be okay. We share our story to be a light to others in a time of need. To let people know that God’s going to take care of them.”

You can watch the Barkers share about their experience:

What You Should Know About The Birth Control Pill

As I’ve gotten older, I have realized the importance of understanding why my body does certain things at certain times of the month. And as I’ve ...

We live in a time of intense partisan divisions coupled with a penchant for virtue-signaling. Every decision has become a statement of loyalty to...

Each month we will offer a list of action ideas so you can defend, honor, and celebrate Life in your churches and communities on our Take Ac...