I recently traveled to Florida for a number of events and meetings. While in the Orlando airport baggage claim, I happened to notice a rather strange box along the far side of the room. It was about the size of a rentable storage pod and had a door in the middle. After a few minutes of looking at it, I realized it was a private suite for breastfeeding mothers! After researching this, I’ve discovered that these pods were designed to be used in public and work areas, and are useful for moms who are using breast pumps, as well. 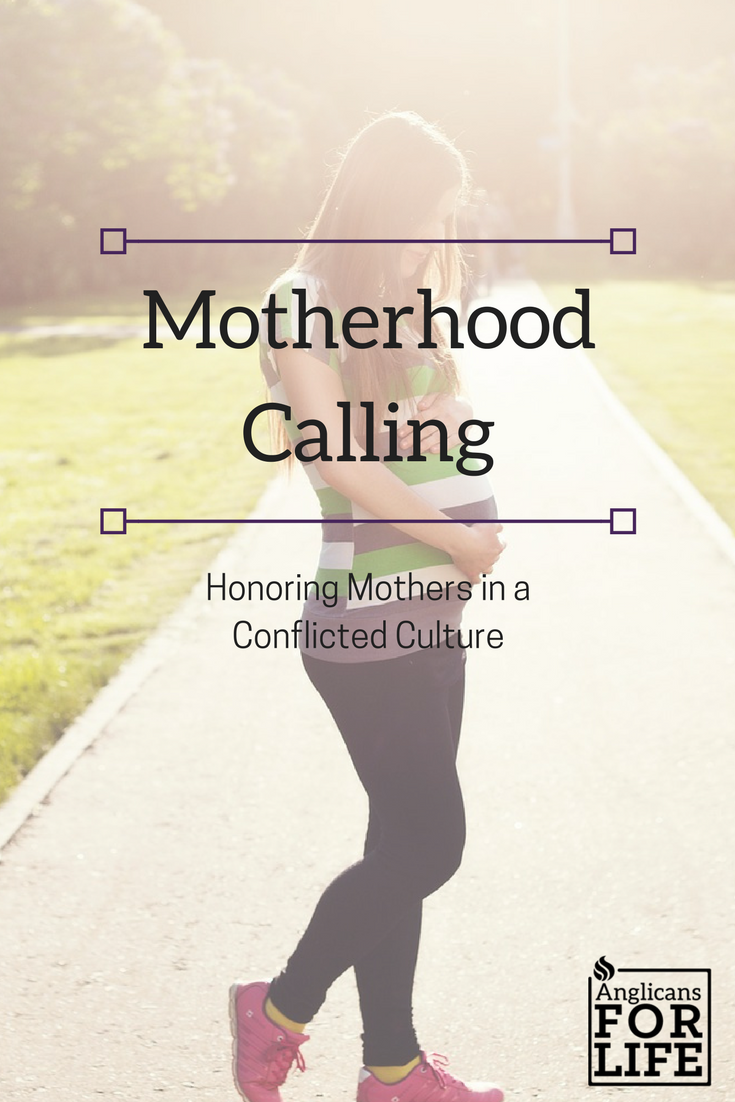 I admit, I did not go into the pod, so I can’t say how comfortable or enjoyable they are for moms to use. But I remember thinking that the pod encapsulated the contradictory way our culture views motherhood. On one side, society is obsessed with the idea of being the “perfect” mother—moms are overwhelmed with the never-ending advice on how to make her child the best scholar or athlete, the endless Pinterest crafts that she can’t quite master, and the exhausting and judgmental “mommy wars”, which always seem to end in defeat. That perception of motherhood is sterile, lonely, and unconnected to how people—and moms—are called to live. On the other side, motherhood is denigrated as a lesser calling. Sure, you brought another human being into the world and are responsible for raising him or her—but how can you really be fulfilled if you aren’t also advancing your successful career? Or, if you are a working mom, how can you possibly allow daycare or family members to take on the responsibilities of raising your kids? Motherhood is shunted to the side, seen as either a barricade to a woman’s success or not valued as the important calling that it is. I do not envy young mothers today.

And new mothers have the previous generation to thank for this conflicted understanding of motherhood. For the last 50 years, my generation has been programmed to believe that achieving equality in the work force was the key to happiness, prosperity, and self-fulfillment. The way to have that? Abortion. Legalized abortion was supposed to be the great equalizer. Controlling our reproductive system would allow us to be seen as gender-neutral. Motherhood was holding us back from being all we could be!

But that, as we now know, wasn’t true. In fact, a Time Magazine front cover story in 2009, entitled “What Women Want Now”, featured the results of a survey on gender issues, designed to assess feminism’s influence and impact on society. Most of the data extrapolated from the survey compared women’s and men’s attitudes on their specific roles, with an emphasis on the jobs or responsibilities of mothers and fathers in today’s society. In the study they found that, while women have gained more freedom, more education, and more economic power, they have become increasingly less happy.

Yet there are deeper repercussions from the denial of motherhood. I hear the cries of thousands of women associated with the Silent No More Awareness Campaign (cosponsored by Anglicans for Life), and I see the broken hearts, empty arms, and destroyed spirits—the consequences of abortion. How sad that the 1960’s version of feminism ended up exploiting women and denying us the greatest blessing of Motherhood. We compromised who we are as women, still haven’t achieved real equality, and are often both unhappy and childless. No wonder our culture has such a conflicted view of motherhood. By making children an inconvenience, we made motherhood less of a natural calling. And by making it an unnatural calling, we then tried to improve it, not by molding it in God’s image, but our own. We seek to be “perfect” mothers and have instead made that concept into an idol to worship—yet those “perfect” mothers have never been and never will be.

What can be done? How can we restore the value and honor of the calling of motherhood? Thankfully, we do not have to do this on our own. God created motherhood, and He will redeem it. We, however, are still called to honor mothers. And there is no better time than Mother’s Day to start. Do bring mom, grandma, or that other special woman in your life gifts and flowers. But thank her for the sacrifices she made and the love she has for you. Encourage young mothers to look to the Lord for guidance and support, rather than the help offered by the world. Comfort grieving mothers who chose abortion or are struggling with infertility. Guide abortion-vulnerable women to pregnancy centers who will celebrate their calling to be mothers or their decision to bless another woman through adoption. Tell all the mothers in your life that you are there to support and love them. And, if you are a mom, no matter how many children you have or what phase of life you are in, take a deep breath. You are going to be ok. What you do matters.  Do not let anyone tell you differently.

God knew what He was doing when He created women with the ability to nurture life. May we help the next generation of mothers reclaim and respect this gift of motherhood!