Father of Fatherless, Protector of Widows – The Church’s Responsibility as God’s People

Father of the fatherless and protector of widows is God in his holy habitation. Psalm 68:5 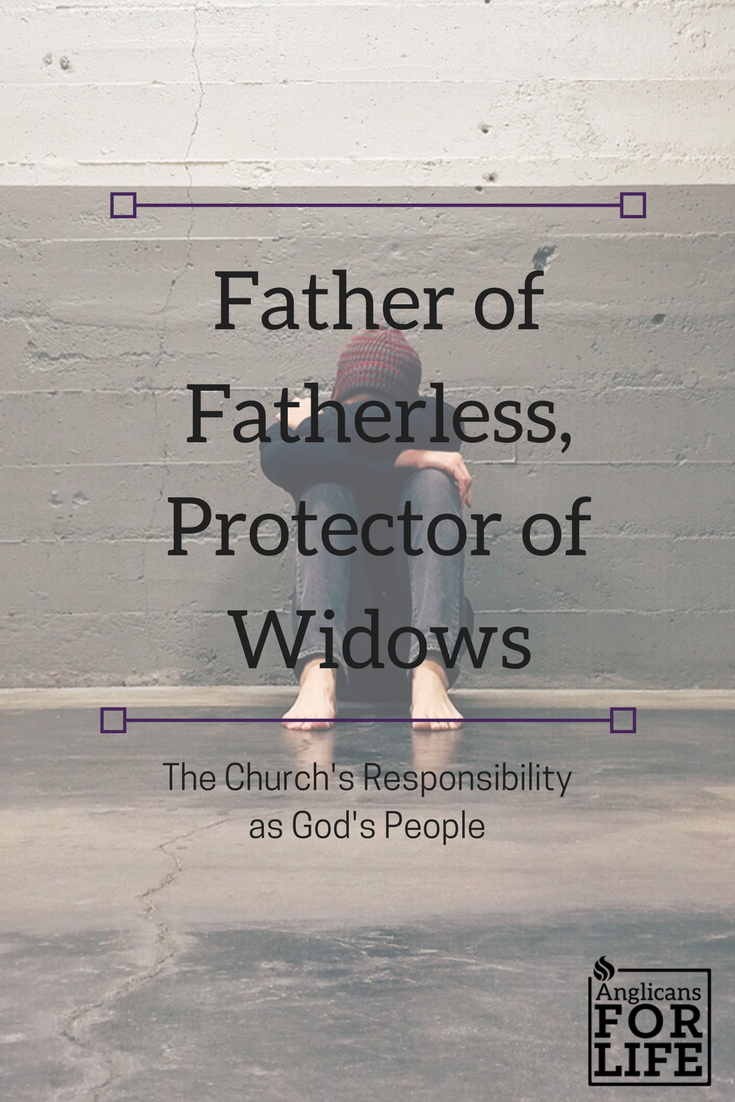 me as curious. How is the LORD a Father of the fatherless and a Protector of widows from His holy habitation? Rather, it sounds as if, by being in His holy habitation (a likely reference to heaven), that God was forfeiting His place as Father and Protector. After all, didn’t God come to earth to dwell (literally, tabernacle) among us? In Jesus, God drew near. How can God be a father and a protector from a distance?

Among the more inspiring and convicting efforts I know is that of the International Justice Mission (IJM), an organization that seeks to rescue the oppressed and bring justice to oppressors. To do their work, IJM must draw near to the factory where slaves suffer brutal toil and beatings and to the brothel where preteen girls are raped for profit. And they must confront the perpetrators of these crimes and, frequently, the governments that are themselves complicit.

In his book Terrify No More, Gary Haugen, the director of IJM, submits that there is a threefold poverty that accounts for inaction in the face of oppression: a poverty of compassion, a poverty of purpose, and a poverty of hope. Poverty of compassion is, in short, a lack of love for the vulnerable and the oppressed. Poverty of purpose is the way we trifle away much of life, choosing the petty and irrelevant over the great purposes for which we have been fashioned by our Creator. Poverty of hope is the belief that, in the end, nothing can ever really be done because the problems appear, well, just too great. Because of this poverty, evil persists. With apologies to Edmund Burke, evil triumphs because the Church does nothing.
In the end, the form of oppression we call abortion bears striking likeness to grinding oppression and sexual slavery. Women with child, left without support, particularly by the fathers, are our widows. Their unborn children are our fatherless. In every act of abortion, the fatherless child is killed while the widow is sexually exploited. Legally. Over one million times each year.

The problem is deep, and it is vast.

So why is the Father of the fatherless and the Protector of the widow in His holy habitation?

We find out at the end of the psalm: “Awesome is God from His sanctuary; the God of Israel—He is the one who gives power and strength to His people. Blessed be God!” (Psalm 68:35). The One who reigns from His sanctuary is not distant from the vulnerable. Rather, He gives strength to His people, people who bear His name and reflect His character, who love what He loves, who hate what He hates, people who know the purpose for which they were made, people who are made strong in their weakness by His power at work within them. In short, the LORD from His sanctuary lifts His people from the poverty of love, purpose, and hope. Whether bringing the unwed mother into our homes, adopting a fatherless baby, bearing testimony concerning past involvement in abortion, praying, giving money or time, being politically involved, or making plain the good news that God forgives the sin of abortion, God draws near, as the Father to the fatherless and Protector of the widow, through His people.

Jesus said to His disciples, “Truly, truly, I say to you, whoever believes in me will also do the works that I do; and greater works than these will he do because I am going to the Father.” John 14:12

Written by the Rev. Dr. W. Ross Blackburn. Rev. Blackburn is the Rector of Christ the King, an Anglican Fellowship in Boone, NC and an Anglicans for Life’s Board Member.  This was originally featured in AFL’s May/June 2010 Newsletter.