Let the Little Children Come – A Lesson for the Church

Then Pharaoh commanded all his people, “Every son that is born to the Hebrews you shall cast into the Nile, but you shall let every daughter live” (Exodus 1:22).

A nation does not have to feel hatred toward children in order to kill them. It is enough simply for them to interfere with people’s desires. For Pharaoh, the 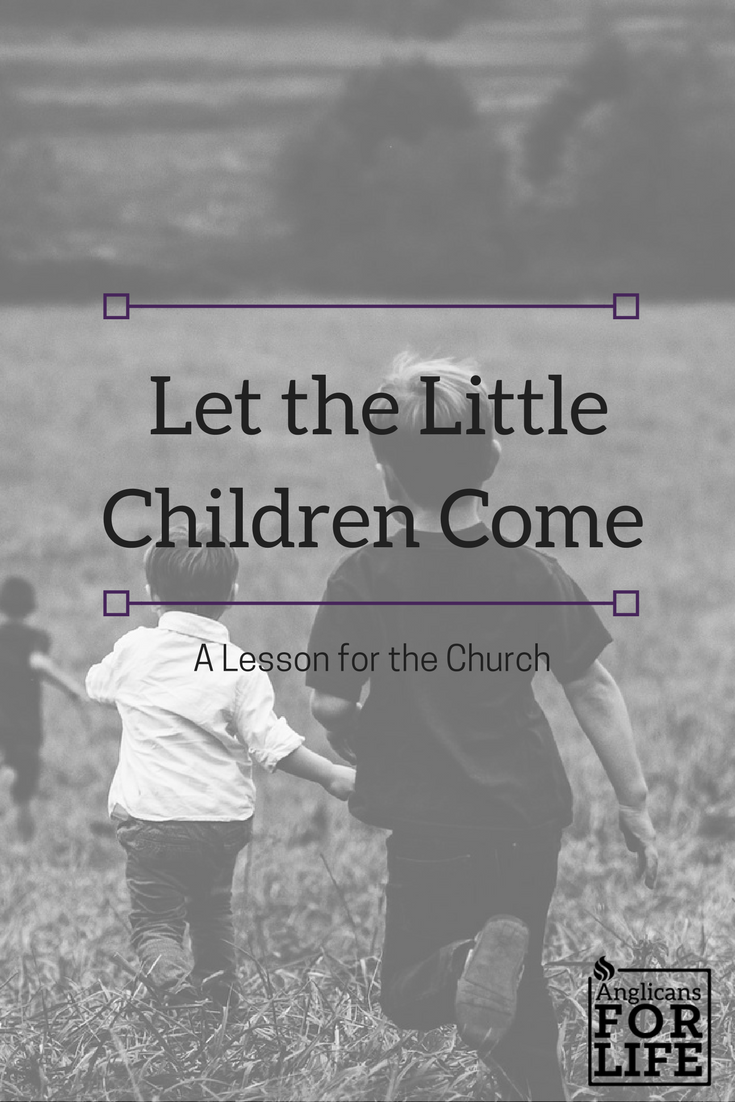 decree that all Israelite baby boys be killed was presumably a response to his fear that Israel would escape and deprive Egypt of the economic benefits of slavery (Exodus 1:10-11). For Herod in the time of Jesus, the decree to kill the Israelite boys was given to protect his throne, since he had heard a new king was to be born (Matthew 2:1-18). In Nazi Germany, abortion was forbidden for Aryan babies but not for others, as Hitler pursued his goal of creating a “pure” race. China’s one-child-policy, with its practice of forced abortion, was the fruit of a commitment to reducing population growth. In each case, a certain vision of the “good” determined the fate of children.

Our own attachment to legal abortion in the United States is also rooted in a vision of the “good”—a commitment to sexual license apart from the responsibility that children always bring, undergirded by a notion of equality that insists all people be the same. This is neither inference nor exaggeration. As our Supreme Court declared explicitly in Planned Parenthood v. Casey (1992),

[t]he Roe rule’s limitation on state power could not be repudiated without serious inequity to people who, for two decades of economic and social developments, have organized intimate relationships and made choices that define their views of themselves and their places in society, in reliance on the availability of abortion in the event that contraception should fail.

The Court’s rationale is clear—to restrict abortion would be unfair to those who have become accustomed to sexual license. In other words, sexual license and children cannot both be protected. Children have a tendency to impinge upon the desires of sinful man.

One of the marks of the Christian community is a love for children that defines our own vision of the good. For the Christian, the good is not economic prosperity at the expense of others. Nor is the good a commitment to preserving our position at all costs. Nor is it a utopian vision of how the world should be (to be brought about by any means necessary and/or expedient). Nor is it rooted in the pursuit of pleasure without responsibility. Whatever else the good is, the Christian vision is built around a deep appreciation of children, with the corresponding commitment to bless and protect them. In effect, embracing children as a blessing transforms our vision of what is good.

The lesson Jesus taught his disciples must ever be learned by the church:

The disciples apparently felt that Jesus had more important things to do than to be with the children. He didn’t. And neither does His Church.