God Sees Her – The First Unwed Mother in the Bible 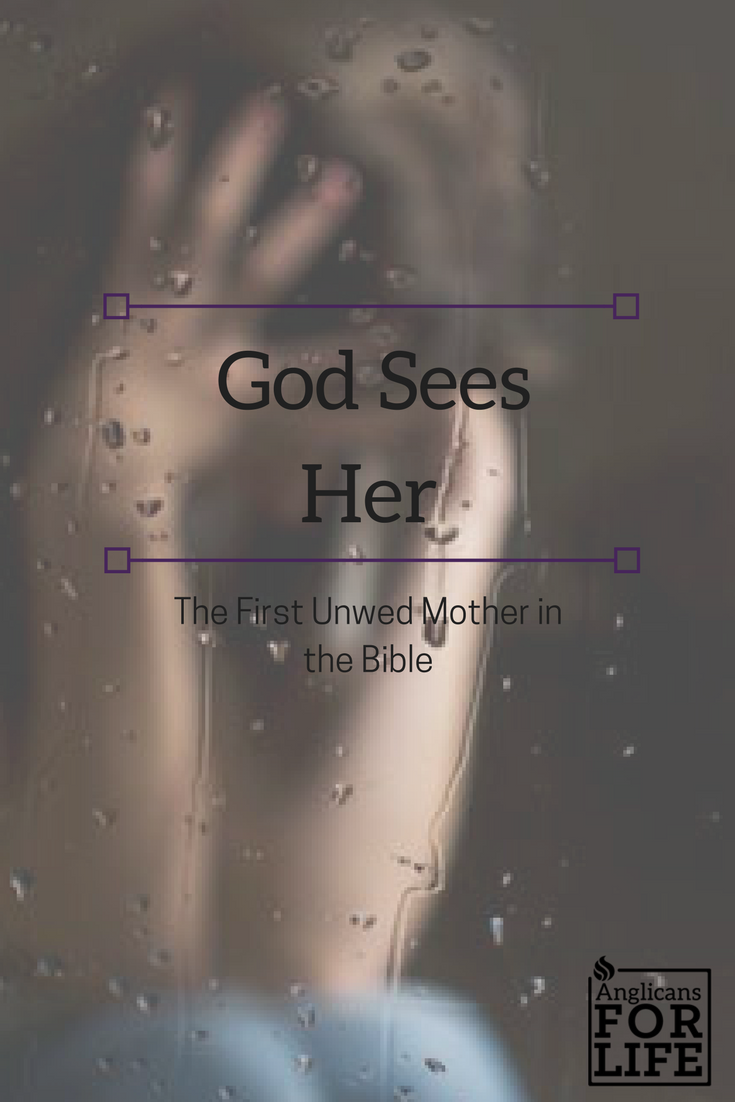 Recently over lunch I was speaking to a friend, a woman who has given herself to what we might call the issues of life, particularly abortion and euthanasia/assisted suicide.  Speaking of our culture’s knee-jerk rejection of suffering, she mentioned that she wished that she had known that God would be with her during her own suffering as an unwed and pregnant teenager, so that she would not have felt the need for an abortion.  Which got me thinking about Hagar in the book of Genesis.

Hagar’s is the first crisis pregnancy recorded in the Bible.  While there is much left unsaid, her circumstances (which can be found in Genesis 16) appear to be as follows.  She was a household servant, used sexually at the behest of Sarah her mistress, so that she might bear a son for Sarah and Abram.  Whether Hagar was willing or pressured is left unsaid, but her pregnancy causes strife within Abram’s household.  Bearing a child conceived in adultery, Hagar treats Sarah lightly, and Sarah responds in jealousy and harshness.  Hagar flees.  Finding a spring of water in the wilderness, she sits—unwed, pregnant, homeless, and alone.  The passage does not even say that she cried out to God.  Perhaps she did not know she could.

But the Lord comes to her with a word of encouragement, that her child will have a future, albeit a difficult one.  Interestingly enough, the Lord says nothing further of Hagar’s own future.  Rather, refusing to give Hagar hope for an easy life, he calls her to walk a difficult road—to return to Sarah and to submit to her.  Yet Hagar obeys.  Why?  Because she now knew something she had not known before.  God saw her.  Even though submitting to Sarah would be difficult, and even though her son would have his share of troubles, she now knew God was with her.  And apparently that was enough.  She even calls God by her own special name, not just because of who God was, but because of who God was for her: “So she called the name of the LORD who spoke to her, “You are a God of seeing,” for she said, “Truly here I have seen him who looks after me” (Gen 16:13).

I asked my friend how she thinks she might have responded had she heard as a pregnant unwed teenager that God would walk with her through her confusion and suffering.  She wasn’t entirely sure, since she had never heard about a God who sees, and further a God who saw her—unwed, lonely, fearful, and pregnant—and loved her.  Although she now knows what she wished she had known then, her abortion is past, and the question is moot.  But for many others—women unwed, lonely, fearful, and pregnant, who don’t know there is a God who loves them and who sees them—it is not.