“But when the set time had fully come, God sent his Son, born of a woman, born under the law, to redeem those under the law, that we might receive adoption to sonship.  Because you are his sons, God sent the Spirit of his Son into our hearts, the Spirit who calls out, “Abba, Father.” So you are no longer a slave, but God’s child; and since you are his child, God has made you also an heir.”

We are God’s Adopted Children through Faith in Jesus Christ 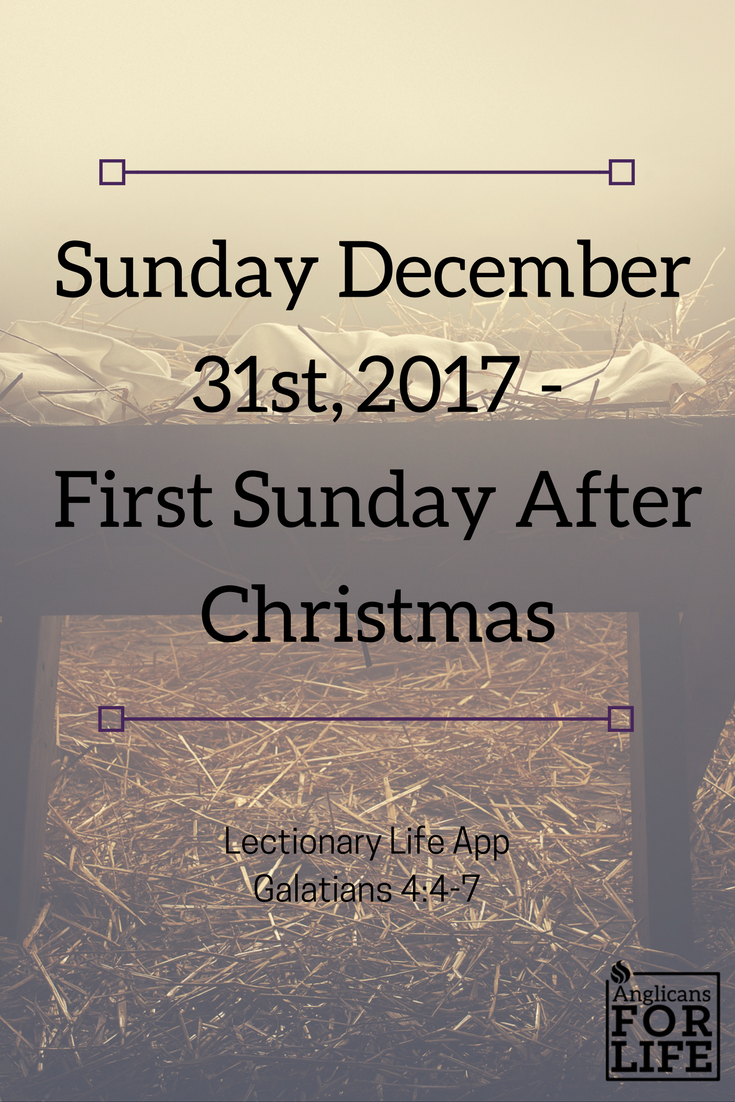 Today is the First Sunday after Christmas Day, when we celebrate the birth of Jesus our Savior, God Incarnate. This celebration was the fulfillment of God’s plan, which included the obedient submission to the will of God by both Mary, the mother of Jesus by the Holy Spirit, and Joseph, engaged to Mary from the lineage of King David, who obediently served as the legal guardian of Jesus by adopting Jesus as his own child.

In today’s reading, Galatians 4:4-7, Paul uses adoption to illustrate a believer’s new relationship with God. In Roman culture, the adopted person lost all rights in their old family and gained all rights of a legitimate child in the new family, becoming a full heir. In the same way, when a person accepts Christ as their Lord, Savior and Friend, they gain all the privileges and responsibilities of a child in God’s family. One of these privileges Paul describes for us in Galatians 4:5-6, “…in order to redeem those who were under the law, so that we might receive adoption as children. And because you are children, God has sent the Spirit of his Son into our hearts, crying, ‘Abba! Father!’” This is the privilege of being led by the Holy Spirit, whose inward presence reminds us of who we are and encourages us with God’s love (see Romans 5:5).

Today’s definition of Adoption can be summarized as follows: Adoption is the process through which a person — the adoptive parent — assumes permanent legal responsibility for a child. … Once an adoption is finalized, the adoptive parent is the legal parent of the child. There’s no legal difference between an adopted child and one who is born into a biological family.

I remember when, growing up, we would occasionally tease a friend who complained they couldn’t find any baby pictures by saying, “You’re probably adopted.” This teasing was based on the belief that adopting a child or being an adopted child somehow made that child inferior. Paul’s use of adoption in his letters to the Galatians and the Romans hopefully causes all of us to reconsider the issue and meaning of being an adoptive child. Jesus was adopted by Joseph and through a simple “foolish” belief in Jesus we receive adoption as children of God for eternity.

In the midst of writing this reflection I am reminded of the relationship of Ruth and her mother-in-law Naomi. I want to highlight the significance of this relationship in the light of the Gospel. Not unlike the difficult circumstances surrounding the obedient submission of Mary and Joseph, Ruth’s story occurred during the Old Testament time of the judges – a period of disobedience, idolatry, and violence. Naomi’s life was a powerful witness to the reality of God. Ruth was drawn to her and to the God she worshipped. In the succeeding months God led this young Moabite widow to a man named Boaz, whom she eventually married. Ruth was a Moabite, and Boaz was a descendant of Rahab, a former prostitute from Jericho.

Nevertheless, their offspring continued the family line through which the Messiah Jesus came into the world. This is proof that there are always people who follow God no matter how discouraging or antagonistic the world may seem. God will use anyone who opens their heart to His Son, Jesus, and the Holy Spirit to achieve God’s purposes. As adopted children of God, God sends “the Spirit of his Son into our hearts, crying, “Abba! Father!” (Galatians 4:6)