In the sixth month of Elizabeth’s pregnancy, God sent the angel Gabriel to Nazareth, a town in Galilee, to a virgin pledged to be married to a man named Joseph, a descendant of David. The virgin’s name was Mary. The angel went to her and said, “Greetings, you who are highly favored! The Lord is with you.”

Mary was greatly troubled at his words and wondered what kind of greeting this might be. But the angel said to her, “Do not be afraid, Mary; you have found favor with God. You will conceive and give birth to a son, and you are to call him Jesus. He will be great and will be called the Son of the Most High. The Lord God will give him the throne of his father David, and he will reign over Jacob’s descendants forever; his kingdom will never end.”

“How will this be,” Mary asked the angel, “since I am a virgin?”

The angel answered, “The Holy Spirit will come on you, and the power of the Most High will overshadow you. So the holy one to be born will be called the Son of God. Even Elizabeth your relative is going to have a child in her old age, and she who was said to be unable to conceive is in her sixth month. For no word from God will ever fail.” 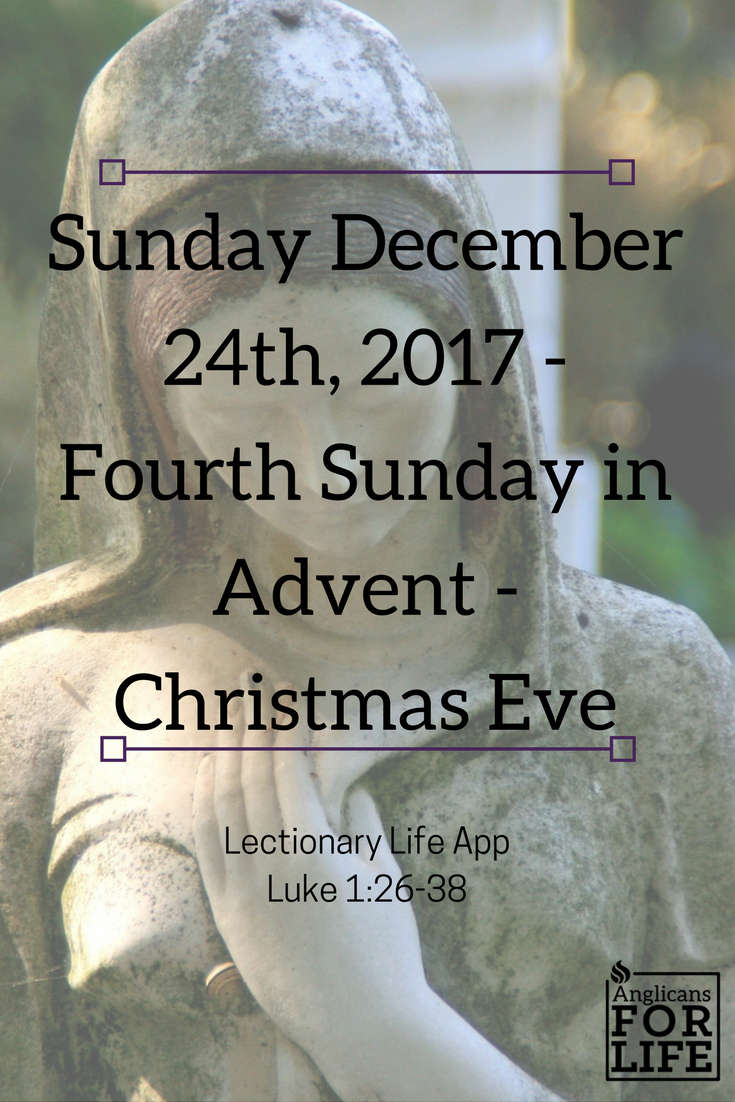 “I am the Lord’s servant,” Mary answered. “May your word to me be fulfilled.” Then the angel left her.

An Angel Promises the Birth of Jesus to Mary

Over two-thousand years ago, a young unmarried girl who became pregnant risked disaster. Unless the father of the child agreed to marry her, she would probably remain unmarried for the rest of her life. If her own father rejected her, she could be forced into begging or prostitution in order to earn a living and survive. There would also be the rejection and ridicule by her friends. And if an unmarried girl, who became pregnant, was engaged to be married her fiancé could choose to charge her with unfaithfulness with the possibility of her death by stoning.

Today, over two-thousand years after a young unmarried girl, Mary, became pregnant by the Holy Spirit with the baby Jesus, the Christ, not much has changed, although there are a few exceptions.

While the acceptance of unwed motherhood and of the abortion of unborn children continues to increase, social media almost always causes the most intimate of secrets to become “Front Page” news. This opens the door to one of today’s most toxic epidemics among young people today, cyberbullying. Statistics today continue to reveal the upward spiral of unwed pregnant teens, teenage single mothers, and post-abortive teenagers dealing daily with thoughts of suicide.

As a father of five daughters and three granddaughters, I have to ask why God would choose a young, engaged girl to become pregnant by the Holy Spirit and to give birth to the Son of God.

Mary was young, poor, and female – all characteristics that, to the people of her day, would make her seem unusable by God for any major task. But God choose Mary for one of the most important acts of obedience he has ever demanded of anyone. The apostle Paul writing to the church in Corinth, said this: “But God chose the foolish things of the world to shame the wise; God chose the weak things of the world to shame the strong.” (1Corinthians 1:27) Christians do believe in using their minds to weigh the evidence and make wise choices. But Paul is declaring that no amount of human knowledge can replace or bypass Christ’s work on the cross. If it could, Christ would be accessible only to the intellectually gifted and well educated and not to ordinary people or to children.

God’s favor toward Mary (Luke 1:28) did not automatically bring instant success or fame. In Mary’s case, God’s blessing in the form of the honor of being the mother of the Messiah led to much pain as we have already described. But her son would become the world’s only hope, and this is why Mary has been praised by countless generations. Mary’s submission to the will of God was part of God’s plan to bring about our own salvation.

If sorrow in any form weighs you down and diminishes your hope, think of Mary and wait patiently for God to finish working out His plan for your life and the lives of future generations. Always remembering, “…with God all things are possible.” (Matthew 19:27b)

(The Life Application Study Bible by Tyndale House Foundation, was used in the prayerful preparation of this reflection, along with my personal relationship with Jesus and the Holy Bible.)

Heavenly Father, bless women and couples who are facing unexpected pregnancies. May they, like Mary and Joseph, put their faith in You, knowing that their children have been created by You for a purpose. Do not let them be tempted by abortion but instead filled with love for their unborn children. May their families, churches, and communities be inspired by You to help provide for the needs of both mother and father and encourage them to chose Life. We ask all these things in Your name, Amen.