Have You Ever Wondered About Open and Closed Adoptions?

Open and Closed Adoptions are defined by state legislation, adoption agencies, legal advisors’, as well as in the minds of the families who are involved. Depending on who you talk to, you may get different answers. Generally, the term Open Adoption means that there is some communication between the three points of the adoption triad – the biological parent, the child and the adoptive parent/s. Communication may consist of anything from 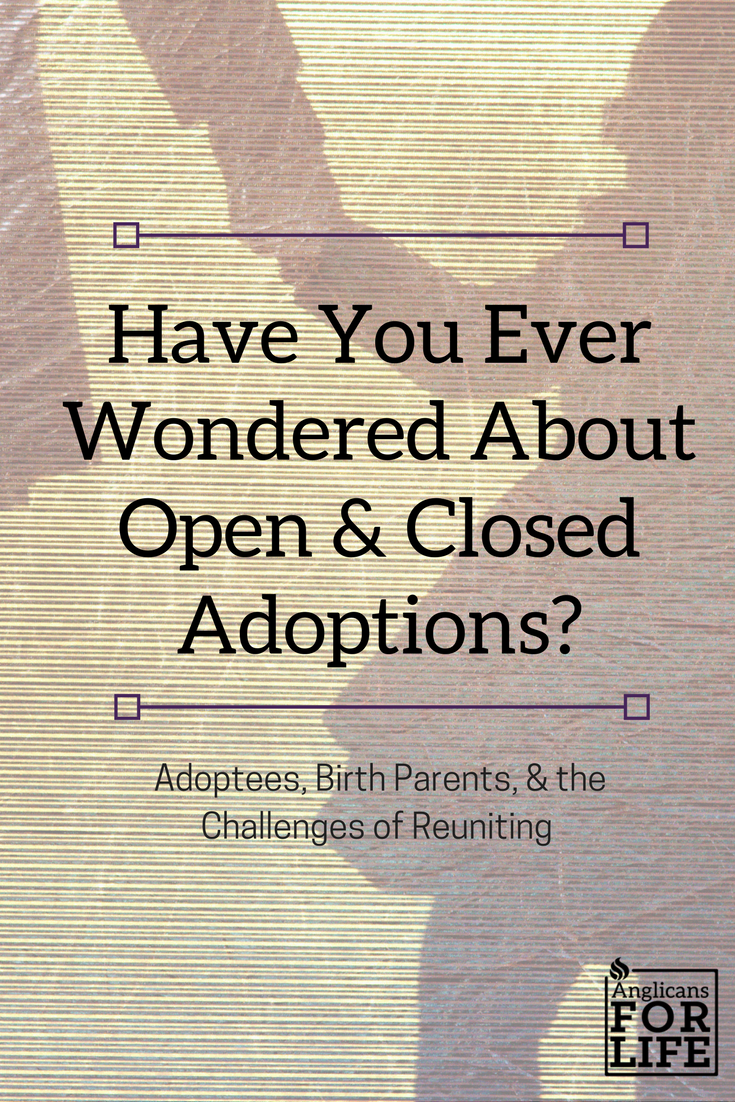 acknowledgment of who the players are in the triad to regular contact and visitations.

A Closed Adoption usually means that parental rights for the biological parent have been terminated, and no contact or communication in any way is made between the parties. But, depending on the interpretation and the state’s view, there are a thousand variations of the relationships. Adoption, either open or closed, can be messy and awesome!

A bit of history may help. In 1851, the Adoption of Children Act directed state judges to insure that children were placed or adopted lawfully. That decision began to move children out of orphanages and into homes which were deemed to be suitable by the legal entities. Adoption agencies began to form, and in 1912 Minnesota passed a law to form the US Children’s Bureau. The result was that, when the families were selected to adopt the child, details of the birth parent/s identity and records were sealed. It was believed that the rights of birthmothers should be terminated to ensure that they did not have a change of heart and attempt to insert themselves into the children’s lives at a later time. And for the birthmothers who were under societal and religious pressure, they claimed that their rights were being protected with sealed documents, because they did not want the existence of the child to be public record. Thus began what is termed “Closed Adoptions.”

In 1996, a group was formed who called themselves “Bastard Nation.” This group was composed of children adopted in the last 75 years, who wanted to find their birthparents. What was a rumbling became a storm of protest from the now adult adopted children. As adults they demanded their right to know about their biological families, not because they did not love their adoptive parents but rather because they wanted to understand their family of origin. They wanted information to understand possible health risks and to weave together their life story. They were often eager to find out about not only their parents but the existence of grandparents and other relatives, as well as possible siblings who shared their DNA.

About three years ago several national adoption organizations were providing legal blueprints to adoption agencies on how to assist the families in each state in contacting their respective legislators to pass laws which would open adoption records. While some adoptees have sought help from adoption agencies, legal counsel, or specialty groups who help to facilitate reunions, others have gotten creative in using online resources. The information available via DNA testing, personal profiles on social media, search engines, open records such as high school yearbooks are allowing the adoptee to find their family of origin without needing new laws in their state.

Once the identities have been discovered, the issue of how to contact the families of origin in a way that will not create distress in lives of the adoptee, adoptive parent, or biological parent/s needs to be addressed. There have been many books published to aid in the method of approach, the initial conversations, and the questions to be answered to facilitate a possible new relationship when adoptees decide to search for their family of origin. The concern is that the birthmother/parents may have held the secret of their adoptions so tightly that current family relationships (husband and sibling/s) may not know of the existence of the older or “other” child. The birthmother/parents of origin can see the adoptee as an intrusion or fear the exposure of a lifelong lie when contact is initiated.

If all parties decide to establish a relationship, it should be with careful consideration by all the family members—both adoptive and of origin—so that they can find a comfortable level of communication and contact for the future. As a Christian who has witnessed the aftermath of reunions, both good and bad, I cannot recommend enough that prayer and caution be applied amply to the matter of finding and contacting a biological parent.

Always remember – however the reunion unfolds, the adopted child was first God’s child. No matter where their DNA came from or what family provided the nurturing to adulthood, our God loved them before they were even conceived. He has watched every breath taken, known of every experience in their lives, and in compassion and divine love has a desire to have a personal relationship with them, as the real and authentic parent. As the Christian Baptism states, we are “marked as God’s own.” We each came from God, belong to God, and are loved by God.

Thanks be to God our Father.

To commemorate November as National Adoption Month, we are featuring blogs about adoption written by guest writer Sharon Fox. Sharon is a Certified Grief Facilitator by the American Academy of Bereavement and has lead the Grief Recovery Ministry at Christ Church Plano, TX for over twenty years. She is the founder of the non-profit Brave Penny, providing books, materials, and training on grief recovery for clergy, lay ministers, and adoption agency staff.  Additionally, she has published several books, including Reframing Adoption, which focuses on the unique grief of birthmothers who have chosen adoption for their child.