Actions Speak Louder than Words – Abortion and the Media

This recent headline from CNN.com caught my eye late last week:  Some US Women Travel Hundreds of Miles for Abortions, Analysis Finds 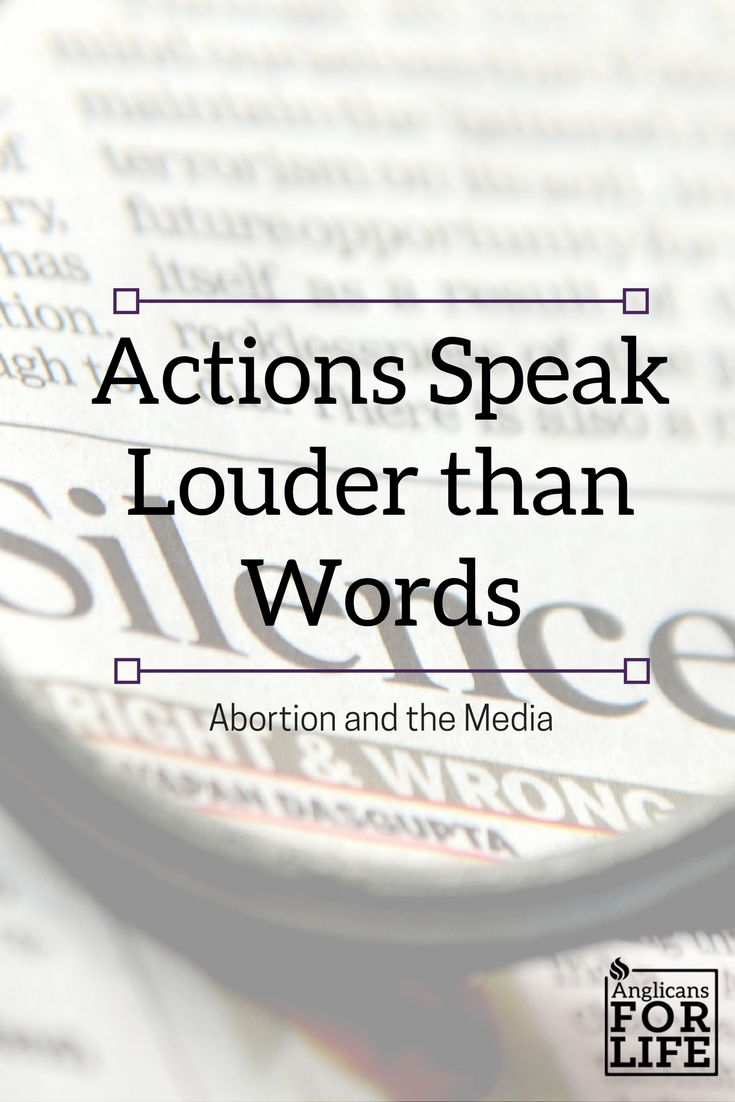 I then googled the topic and found similar articles posted by ABC News, Vox, Time.com, and NPR, all of which were dated October 3rd or 4th, 2017 and coincided with research that found the majority of women having an abortion, in fact, typically travel 11 miles to the nearest abortion clinic, a far cry from what was implied by the headline!

Given that all three articles came out the same day, I thought that maybe the secular media would cover this news, and so I searched for the abortion doctors Carhart, Pendergraft, and Roth to see if there were any articles about their recent legal problems.  But I found nothing but silence from the mainline media outlets.

The journalists who covered the first topic expressed concern for the women seeking abortions and the inconvenience they had to endure in traveling sometimes up to two hours to get an abortion. The compassion and concern expressed by the reporters is greatly undermined by their lack of coverage related to the less than safe doctors doing the actual abortion procedures.

The lack of consistency in abortion related stories calls into question the real motives of journalists in writing these stories. Why are reporters writing stories that seek to protect a woman’s ability to access abortion services but neglecting real concerns about the quality of care women receive at these clinics? Or does it not matter once she pays her money and gets on the table?

It is disingenuous to claim to care about women’s health while ignoring the plethora of reports about bad abortion doctors conducting illegal activities and inferior clinics failing to pass clinic inspections. But it is downright contemptible to ignore the disturbing number of medical emergencies at abortion clinics that have happened in 2017.

If Abortion is “Safe” Why Have 51 Ambulances Rushed to Abortion Clinics After Botched Abortions This Year?

This article was written by Cheryl Sullenger for Operation Rescue, an organization that tracks ambulance requests and arrivals from pro-lifers at abortion clinics. Of the 51 calls for ambulances in 2017, 34 of them have been at Planned Parenthood clinics. Why didn’t any reporters pick up this story?

I remember a time when journalists had integrity, and news anchormen like Walter Cronkite reported facts that allowed the audience to make their own judgments. But now today’s news media and the reporters responsible for investigating stories appear to only quote persons that confirm the narrative already decided. The heads of news outlets and their journalists need to see that their credibility is only, well, credible when their information is based on facts rather than personal bias.  Imagine, instead of cherry picking stories to reflect their worldview and social agenda, wouldn’t it be amazing if they would research and investigate news that reports the facts?

We can pray and hope for a more impartial media, but where does that leave us, the pro-life, Christian consumer, here and now?  Well their irresponsible reporting does not mean that we are without responsibility!   In an age where anyone on any side of an issue can claim someone is reporting “fake news,” we have a duty to be discerning.  As Christians, we know that God, and not man, is the only Truth.  And we have a duty to not only use wisdom in reading and researching issues, but in sharing and talking about them as well.  Do not believe blindly.  Read from sources you both agree and disagree with and lean on both God’s Word and your own God-given discernment to see what is really “true.”  But, most importantly, use that knowledge not to start angry debates but to educate yourself and others, so that you may take informed and godly action.

CNN, Time, ABC, and other major news sources claim to care about women and their rights but ignore the wrong done to them by abortion doctors, clinics, and proponents.  Their actions speak louder than their words.  But we can take a lesson from them. May their biased words not distract us from taking action for Life.