Idolatry is a serious sin, the most serious sin in the Bible. But what is it? Why would Israel, having been miraculously delivered from Egypt, make a molten calf in explicit disobedience to the Lord’s command? 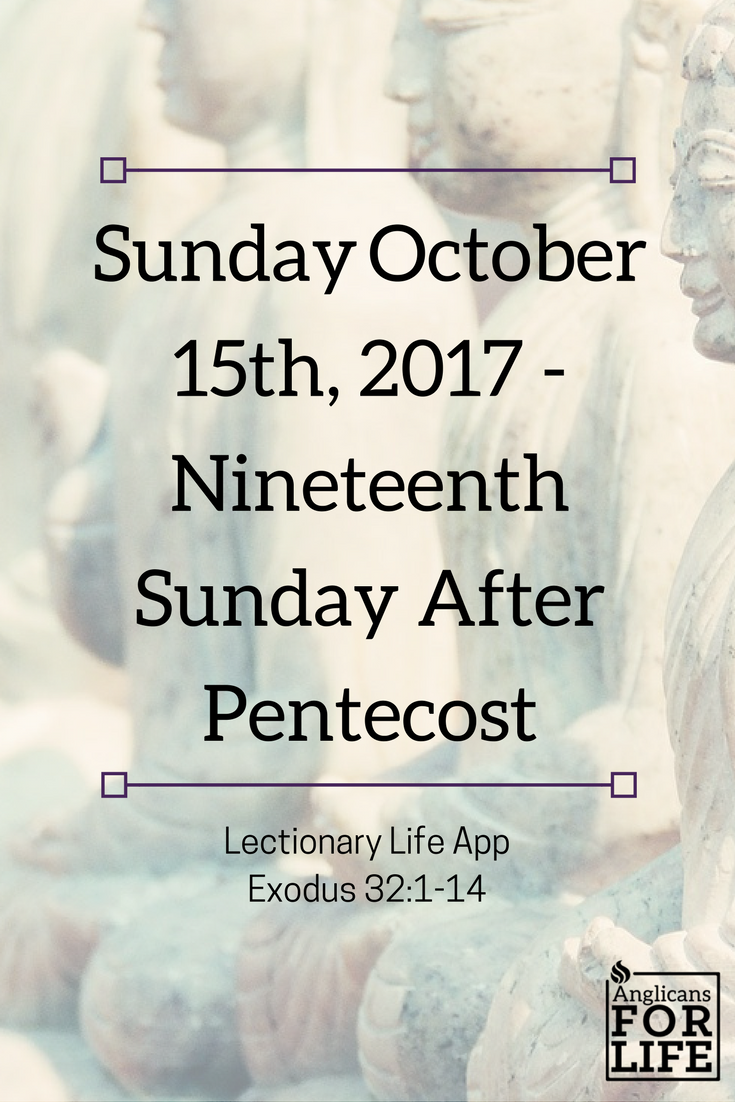 Fear. It really is as simple as that. Moses delayed on the mountain, and Israel began to fear they would need to go into this promised-but unknown-land by themselves. “Come, make us gods who will go before us; as for this Moses, them an who brought us out of the land of Egypt, we do not know what has become of him!” Can you hear the fear? Moses brought them out, but they do not know where he is. Who will go with them into the land? Hence their charge to Aaron.

Idolatry is, in effect, turning to anyone or anything that would seem able to deliver us from our present distress. The problem with idols is that they can’t do it. Regardless of how promising it might seem in the short run, idols always leave those who trust in them in a place of despair, for idols cannot save.

We do well to remember that many women and men who resort to abortion do so because they are afraid. It is very difficult to think clearly and to think with a long view in times of fear. One of the best things we can do is to understand that people in this situation often feel cornered. (I have serious doubts of the existence of the self-actualized woman who walks confidently into an abortion clinic and cheerfully out of one.) In her book Real Choices, Fredrica Mathews-Green writes “There is a tremendous sadness and loneliness in the cry ‘A woman’s right to choose.’ No one wants an abortion as she wants an ice-cream cone or a Porsche. She wants an abortion as an animal, caught in a trap, wants to gnaw off its own leg.”

Idols do not save. Abortion does not solve problems. Certainly not in the long term. But that may be very difficult for someone in the midst of great fear to hear. Not all of us have been confronted with the fear that is an unexpected or unwanted pregnancy. But we all have had the temptation to look away from the Lord to deal with our fears–which should give us grace in dealing with others who may be doing the same thing.