The above picture was taken beside Senator Bob Casey’s Office in Pittsburgh, Pennsylvania. I had the opportunity to attend the #Sockit2PP rally with Anglican’s For Life’s President Georgette Forney, after she was asked by Student’s for Life of America (SFLA) to share her abortion testimony on behalf of the Silent No More Awareness Campaign. SFLA is the nation’s largest youth pro-life organization and the only pro-life organization that is committed solely to training and equipping high school and college students to educate others about life issues. The #Sockit2PP tour was announced in early September with the goal of convicting targeted state senators to stay true to the pro-life platforms on which they were elected. 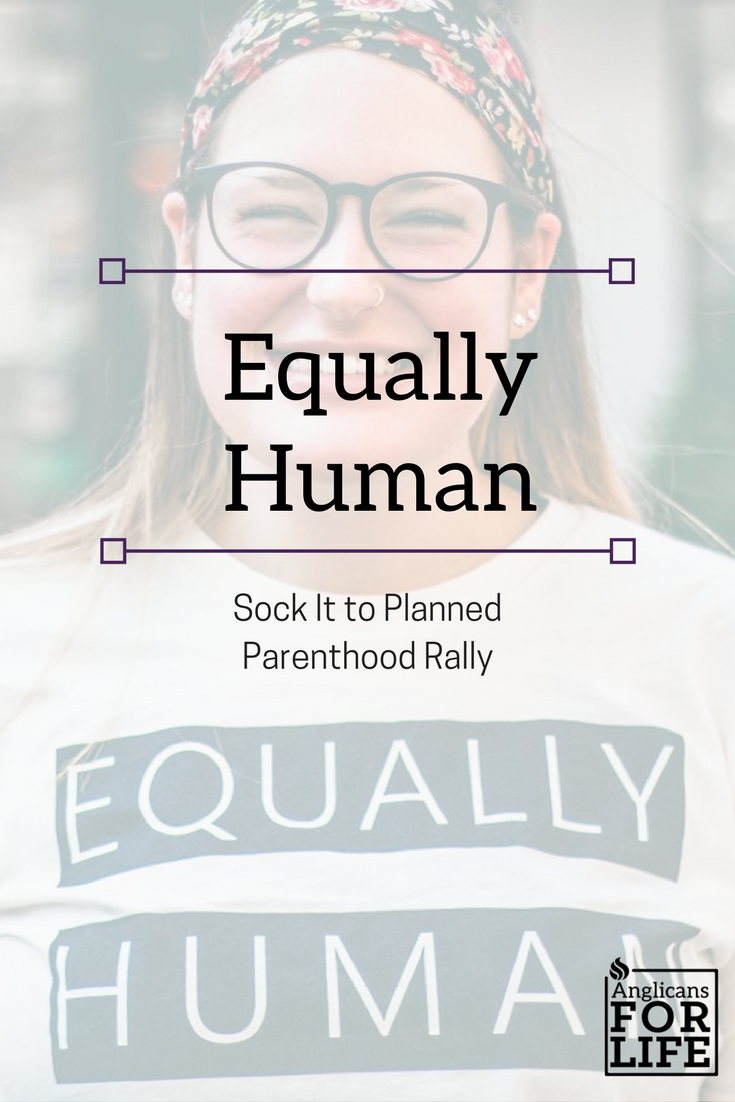 More than a year after the election, we have yet to see any notable efforts to defund Planned Parenthood, the largest abortion business in our nation. Planned Parenthood is just that: it’s a business, focused on making abortions appealing in the face of unexpected pregnancies and profiting from them in the process.  The visual reminder of the #Sockit2PP campaign features 328,348 baby socks, each representing the life of an unborn child that Planned Parenthood has taken in the past year. The campaign started in the middle of the Graham-Cassidy Bill controversy, which as, of last week, will not be voted on by Congress in the foreseeable future. The Graham-Cassidy Bill would have overhauled the Affordable Care Act that was initiated by President Obama and redistributed its funds to states in the form of block grants. For Planned Parenthood, this would mean an immense decrease in the over $500 million in government funding (our tax dollars) that they receive each year.

As a young woman just out of college, I can say that I myself had many misconceptions of what Planned Parenthood’s real job is; that is, until I devoted many hours researching. Planned Parenthood and their leadership claim to empower women by giving them the freedom to accessible “healthcare.” Planned Parenthood wants to give women the power to choose. Today, nothing is better than feeling powerful, right? Frankly, I would argue that no woman walks into an abortion clinic feeling powerful. She walks into that facility feeling powerless. Powerless because she now knows that she has another human being inside of her that she is now responsible for, not just a clump of cells or a ball of tissue like many abortion-supporters say. Fact is, most women choose abortion because they feel as if they have no other choice. As members of the pro-life community, we are striving to seek proper support and love for both the mother AND unborn child. My largest opposition to abortion is due to the damage and destruction it does physically, mentally, emotionally, relationally, and spiritually to every party involved, directly and even indirectly.

I want women to have more access to quality care because I am pro-woman. I will not, under any circumstances, settle and accept the idea that Planned Parenthood is the best that it gets, because it simply isn’t. The best kind of care for my generation is not through a violent, greedy, and manipulative organization that is hiding behind the façade that they care for women deeply.

Although sometimes we are discouraged by the government’s efforts to stand for important issues, like abortion, it is important to remember that our legislators do in fact have immense power. With this immense power, they can offer more than empty promises, thoughts, and prayers. #Sockit2PP in Pittsburgh was a great reminder that we have the power to demand that our elected officials do more and that they are our voice within the government. Call your local Congress representative, tell them how you feel about life issues, and remind them that you have chosen them to be your voice!

There may be times when we are powerless to prevent injustice, but there must never be a time when we fail to protest. We are not called to listen to the loudest voice but to find the truest voice. Planned Parenthood’s voice in our culture is surely loud, but that doesn’t mean it is right. In a recent interview, Cecile Richards, CEO of Planned Parenthood, recently stated:

“There’s very few organizations like Planned Parenthood that literally, not only has been around 100 years long before even birth control was legal, but has literally changed lives and does every day.”

You’re right, Ms. Richards. Planned Parenthood does change lives every day… but not for the better. It dehumanizes women, devalues human rights, and stands on an immoral platform. I will continue to pray that Student’s for Life, along with organizations such as Anglicans for Life, can bring real and tangible healing to those affected by abortions, and I remain confident that the Lord will restore life to be as He made it.