When God saw what they did, how they turned from their evil way, God relented of the disaster that he had said he would do to them, and he did not do it (Jonah 3:10).

The book of Jonah doesn’t specifically recount the sins of the Ninevites that caused the Lord to send a word of impending destruction.  We do know they were serious, for the kinds of sins that warranted such judgment were the interrelated sins of idolatry, sexual immorality, and shedding innocent blood.  The book of Nahum, which scholars think was written long after Jonah, calls Nineveh “the bloody city, all full of lies and plunder—no end to the prey,” charging it with “countless whorings of the prostitute” (Nah 3:1, 4).  I suspect that these were the sins for which the Lord sent Jonah with a word of judgment—“Yet forty days Nineveh shall be overthrown!” (3:4). 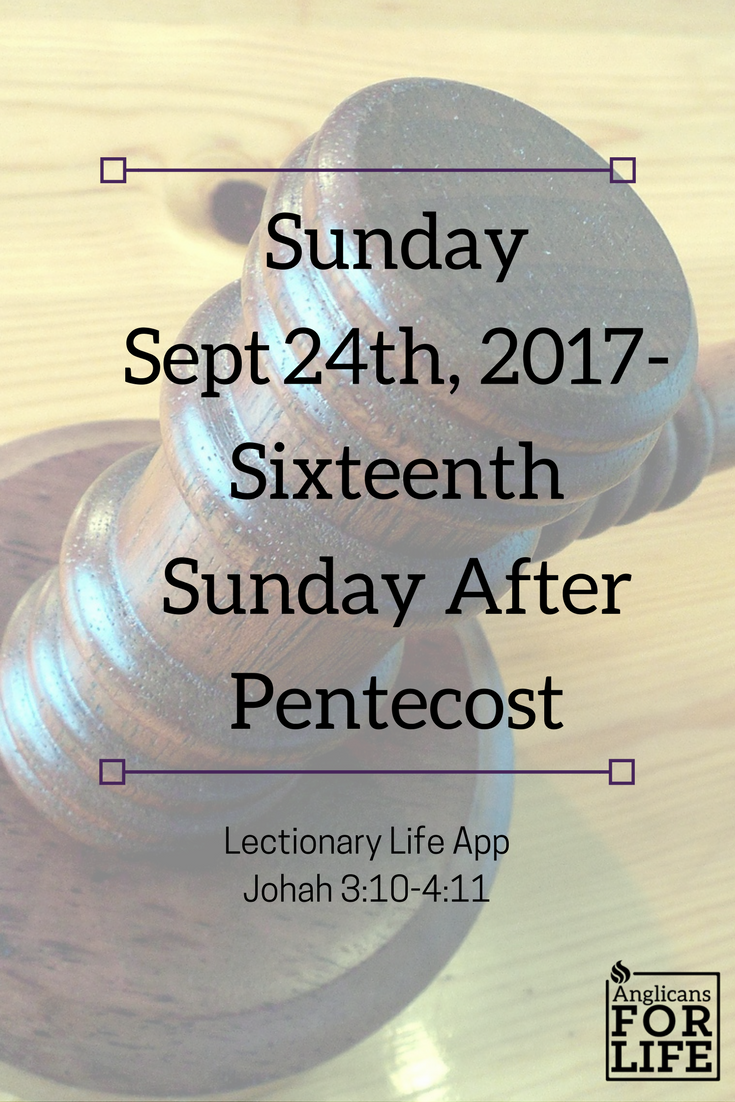 Yet Nineveh was not overthrown, for the king of Nineveh repented, issuing a decree to his people: “—let man and beast be covered with sackcloth, and let them call out mightily to God.  Let everyone turn from his evil ways and from the violence that is in his hands.  Who knows?  God may turn and relent and turn from his fierce anger, so that we may not perish” (3:8-9).

Our nation has quite effectively paved the way for the legal protection of abortion, and encouraged the sexual immorality that lies behind abortion.  Politically and culturally, we have determined that God will have no voice in the public square, and we have passed laws that protect abortion, thereby encouraging the sexual license that usually gives rise to the “need” for it.  Even the Supreme Court in Planned Parenthood vs Casey ruled that the U.S. must have abortion so that people can have sex without dealing with the children that naturally follow.  (If you are skeptical that our high court would reason in such ways, read the ruling.)  As with Nineveh, we walk in evil ways, and there is violence in our hands.

In our day, we must remember two things.  First, the Church must never forget our prophetic calling.  Yes, we are called to walk alongside women in crisis pregnancy, to make their burdens our burdens (insofar as that is possible), to care for “unwanted” children, and all that is involved in seeking to be the hands and feet of Christ for those in need.  That, in itself, is a prophetic calling.  But we must not forget the prophetic calling of the Church to speak plainly about God, particularly how He regards the shedding of innocent blood—and that He will not allow it to persist indefinitely.  Isaiah 10:1-4 is also a word for our day.

And why must we not forget this?  In the words of the King of Nineveh—“Who knows?  God may turn and relent and turn from his fierce anger, so that we may not perish.”  Thanks be to God, we do have politicians and leaders who see that abortion will destroy our country.  But not very many.  While we have many leaders who claim to be pro-life, very few actually fight for the well-being of unborn children and their mothers.  But perhaps it won’t take very many.  In Nineveh, repentance began with one man, the king, who heard the word of the prophet and believed.  And the whole nation followed.

Secondly, we remember to pray.  The Scriptures give us great encouragement here: “The king’s heart is a stream of water in the hand of the LORD; he turns it wherever he will” (Prov 21:1), “I urge that supplications, prayers, intercessions, and thanksgivings be made for all people, for kings and all who are in high positions, that we may lead a peaceful and quiet life, godly and dignified in every way” (1 Tim 2:1-2).  The Lord does not delight to bring judgment, but delights in repentance, as the book of Jonah makes plain.  After all, the Lord may again relent.

Heavenly Father, forgive your wayward people.  Just as Moses plead for the Israelites’ sake, we plead for mercy, instead of the judgement we deserve.  May we never be silent in praising Your greatness and Your salvation.  In Your Name we pray, Amen.