I think we need to apologize to the Nazis who were found guilty of mass murdering 6 million Jewish people in the Holocaust. In fact, it may be time for them to be given an award!

Why would I suggest this? 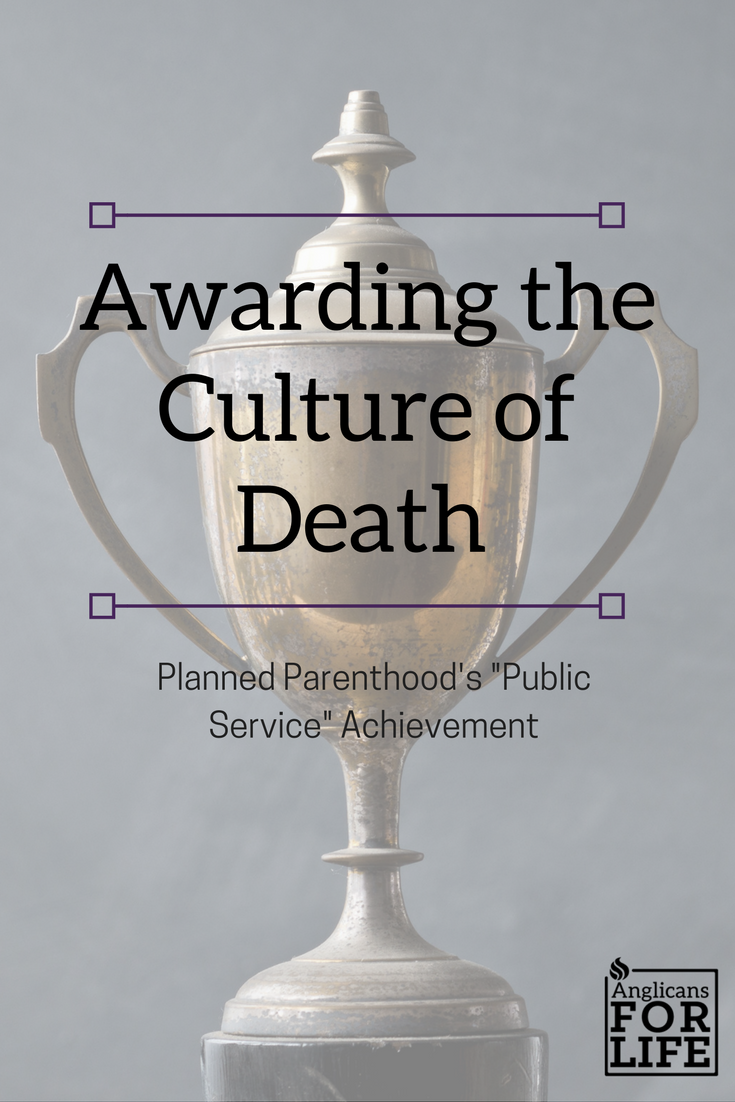 The same day Planned Parenthood published an article in the Journal of the American Medical Association (JAMA) titled “A Century of Progressing and Advancing Reproductive Health Care” to acknowledge they were the recipient of the 2017 Lasker-Bloomberg Public Service Award, LifeNews.com published an article from the Population Research Institute highlighting the news that the International Planned Parenthood Federation had killed over 1 million babies through abortion worldwide in 2016.

How can a foundation deem an organization that kills human beings worthy of an award, along with an honorarium of $250,000? Worldwide, 1,094,679 unborn babies were aborted by Planned Parenthood affiliates, 328,348 of those were in the United States.

The irony grew as research introduced me to Mary Woodard Lasker (1900 –1994). She was an American health activist and philanthropist and she worked to raise funds for medical research, and founded the Lasker Foundation. In 1938 she became the president of the Birth Control Federation of America, the precursor of the Planned Parenthood Federation of America, which is an affiliate of the International Planned Parenthood Federation.
PPFA has its roots in Brooklyn, New York, where Margaret Sanger opened the first birth control clinic in the U.S. in 1916. Sanger founded the American Birth Control League in 1921, which changed its name to Planned Parenthood in 1942.

The JAMA article was authored by PP President Cecile Richards, and in it she claims that Planned Parenthood has substantially improved health outcomes for women, while providing no citations or evidence to back that claim.

In actuality, evidence coming from PP abortion clinics indicates the opposite. Operation Rescue has 56 documented emergency transports from PP Abortion Clinics since January 1st, 2016. Leaving an abortion clinic by ambulance is typically an indication the woman’s health outcome has NOT improved, which leads me to question whether the health and well-being of these women count?

In fact, Anglicans for Life’s co-sponsorship of the Silent No More Awareness Campaign puts us in touch with thousands of women who share testimonies of how they were hurt, abused, and lied to at PP abortion clinics.

So, while Ms. Richards and the folks at the Lasker Foundation pat each other on the back for promoting eugenics, the death unborn babies, and the poisoning of our daughters with birth control pills, we see this award for what it really is, a publicity stunt to garner support and score points in the court of public opinion.

The real truth about these mass murderers must be told in the context of our present-day holocaust – abortion on demand, for any reason, at any time all nine months of the pregnancy. This is their agenda, and this is what is getting rewarded.