For as high as the heavens are above the earth, so great is his steadfast love toward those who fear him (Psalm 103:11). 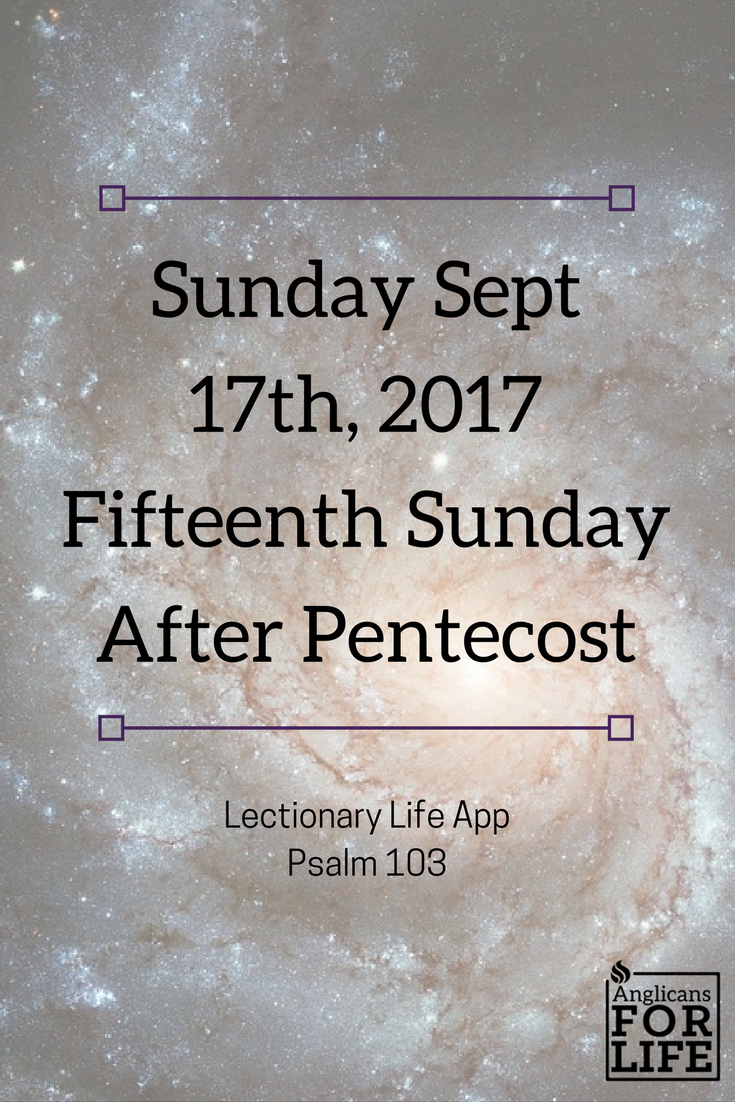 And a powerful one.  The reason it is so powerful, to my mind, is the manner in which it works with distances.  How far can I stretch to tell my daughter how much I love her?  I have used my hands, which stretch roughly six feet, to try to tell her.  But does “the moon and back” even capture it?  Trying to capture the love of a father for a daughter stretches language to the breaking point.  Many fathers—and, of course, mothers—know just what I am talking about.

Images of distance are powerful, so it is no surprise that the Scriptures use them plentifully, and sometimes painfully.  For instance, Hebrews draws on distance to speak of “sin which clings so closely” (Hebrews 12:1).  But perhaps the most painful way the Scriptures speak of distances has to do with sexual sin, speaking of sexual sin as a sin against one’s own body, a sin that opens oneself to the extent of becoming one with another (1 Corinthians 6:12-20).  It is for this reason that sexual sin is so painful—not because it is more sinful than other sin, but because it is so near.  Sexual sin gets inside us in ways that other sin does not.  Abortion, likewise, is so painful because it is so near, to the son or daughter conceived in sexual union and being nurtured in the nearest of places, the womb of his or her mother.  Is there a bond nearer than that of mother and child?

Thankfully, the Scriptures also speak of distances in another way—much like the way Big Nutbrown Hare spoke to Little Nutbrown Hare.  Hear the words of Psalm 103 concerning the Lord’s steadfast love toward sinners:

He does not deal with us according to our sins, nor repay us according to our iniquities.  For as high as the heavens are above the earth, so great is his steadfast love toward those who fear him; as far as the east is from the west, so far does he remove our transgressions from us.  As a father shows compassion to his children, so the LORD shows compassion to those who fear him.  For he knows our frame; he remembers we are dust (103:10-14)

How far, exactly, is the east from the west?  How far above the earth are the heavens?  To the moon and back is a short bus ride by comparison—which is exactly the point.  The Lord, as the good Father He is, knows the frames of His children (the better and the worse) and loves them far above and beyond anything we can know or comprehend.  And, because of His immeasurable love, He has separated our sins from us that same immeasurable distance.  Not just the guilt of our sin but the pain of our sin as well.

And how can we know that?  Because in Jesus the distance we have created between ourselves and God has been overcome.  God has drawn near.  And the promise for all who are weary and heavy laden with sin, especially sin that is very near, is that God Himself will draw near, near enough to bless us in the most intimate of ways—by wiping away our tears.  For there will come a day when the Lord “will wipe away every tear from their eyes, and death shall be no more, neither shall there be mourning, nor crying, nor pain anymore, for the former things have passed away” (Revelation 21:4).

Things need not always be as they are.  Nor will they be.  You who are weary and heavy laden, with pain and regret for past sin, or burdened with present distress, know you are not beyond the reach of the Lord Jesus’s gracious hand.  Let Him draw you near.