Last Sunday, Hurricane Harvey ripped into the Gulf Coast of Texas.  The flooding is unimaginable, as is the damage—houses destroyed, streets flooded up to the traffic signals, towns devastated.  The destruction is a terrible reminder of our own vulnerability and mortality in the path of that kind of force of nature.  As of the writing of this blog, there are at least five people dead, and the number will no doubt increase.

It was also a remarkable showcase of the power of the human spirit; not only are people fighting for survival, but others are seeking to aid them.  Media outlets have been sharing photos of police and emergency personnel carrying children from flooded areas and saving families stranded on the roofs of their homes.  But even more amazing was the sight of normal civilians volunteering their time, resources, and even safety to help their fellow Americans in need.  Donations of food 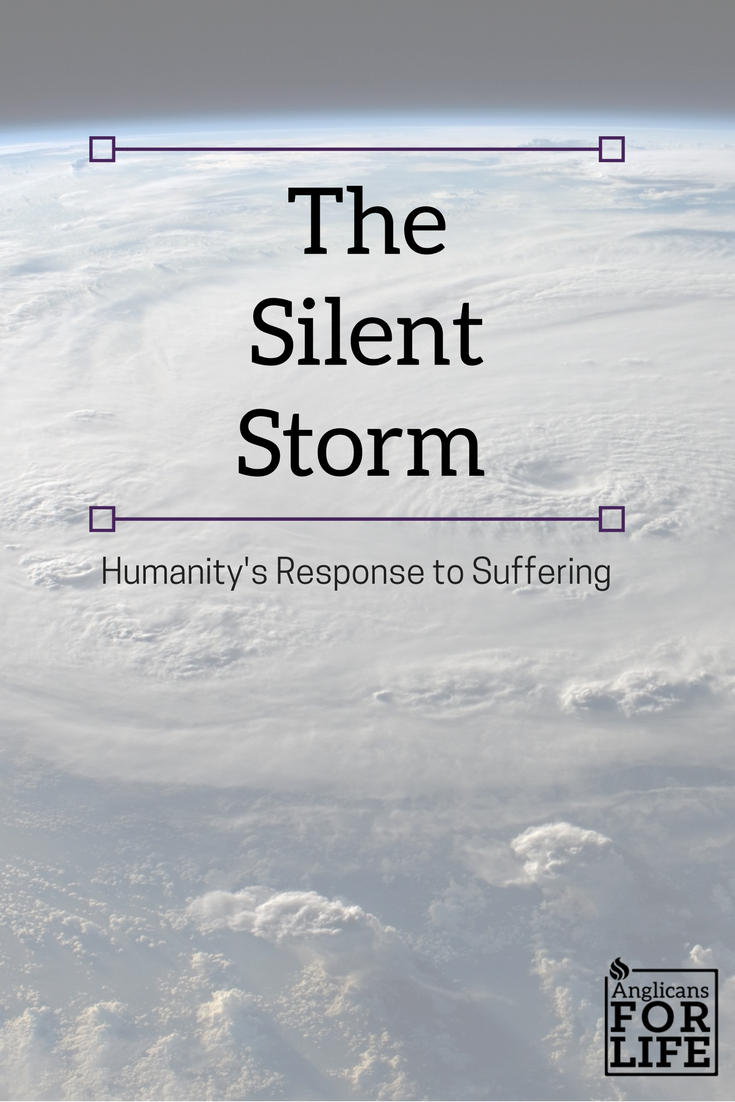 and clean water are being brought in the truckload, neighbors are helping push cars and trucks off streets that look more like rivers, and strangers are giving shelter to those who are homeless.

There are no discussions about race, sex, or creed, no claims of favoritism or unjust treatment.  There aren’t philosophical debates about whether or not it is right to save these people.  Experts aren’t looking at this event as a much-desired opportunity to lower population levels.  People are seeing the needs of friends, neighbors, church members, and even strangers and are reaching out to them to provide what they need.  Why?  Because behind the theoretical debates about “when life begins” and “survival of the fittest,” people know the truth—all lives are valuable and worth saving.  Which is why, whenever our nation is impacted by a disaster or an attack, people join together to help.  While it may affirm our knowledge that people, deep in their hearts, understand that life is sacred, the real tragedy is that it takes a horrible event to bring out this kind of response.

I think the Church can learn a lot about pro-life ministry from watching the response to Hurricane Harvey.  For one, many people who are interested in serving Life are overwhelmed by the massiveness of the issues.  How can they, by themselves, bring an end to abortion or stop assisted suicide legislation?  The short answer is that they can’t—but they are capable of doing something.  The rescuers and volunteers helping those suffering from the hurricane are likely overwhelmed by the suffering and damage—but that doesn’t stop them from helping who they can, when they can, and how they can.  And that doesn’t mean that their efforts, while not capable of relieving all the pain and horror from the event, aren’t valuable.  Pro-life people should never feel that an effort to save any life is insufficient if they aren’t able to save all lives.  Do what you can in love and faith, and give the rest to God.

Secondly, our awareness of those suffering in Texas (if it isn’t in our own backyards) is because it’s on our computers, announced from our televisions, and in the public consciousness.  We respond to suffering when we see a need.  But humans don’t often go looking for a need to meet.  That is why we cannot be silent about what happens in abortion clinics and medical facilities that allow euthanasia.  We can’t hide behind political correctness or politeness or popular opinion.  Imagine if someone would suggest that we shouldn’t save children trapped in flooded homes in Texas because they may a burden to the mother or to the state government.  We would be rightly horrified!  But these are the same reasons many give for supporting abortion, and how often do we sit silently, unable to defend those who have no voice?  If the lives of people and children devastated by Hurricane Harvey matter, then the lives of the unborn, the elderly, and the vulnerable should also matter.  We cannot control who the media does and does not pay attention to, but the Church can be active and vigilant in respecting every person.

It is true that a bad situation can bring out the best or worst in people.  Although I know enough about the sin within all our hearts to be assured that Hurricane Harvey revealed some nasty truths about some folks, it is also bringing people nationwide together, unified with the understanding that people in need are deserving of help and assistance.  How humanity responds to the weakest, poorest, and neediest is a measure of a society. So I ask, in consideration of the many lives threatened by abortion, euthanasia, and assisted suicide, how do we measure up?